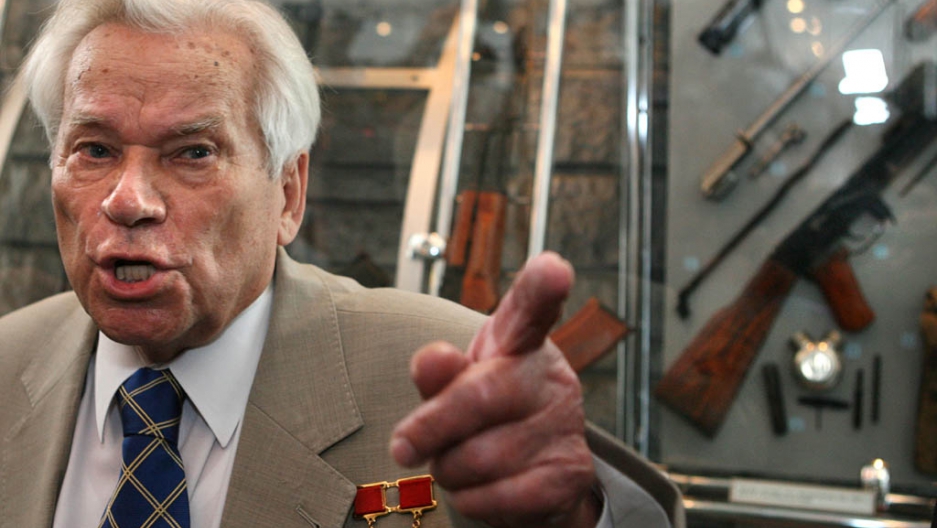 Mikhail Kalashnikov, the inventor of a legendary AK-47 assault rifle, talks to the media during a ceremony celebrating the 60th anniversary of his rifle in Moscow, on July 6, 2007.
Credit: DIMA KOROTAYEV
Share

He always said he wasn't responsible for the actions of others, but Mikhail Kalashnikov — the designer of the AK-47 assault rifle — reportedly lived his final months filled with remorse over the people killed by the weapon.

Kalashnikov, who died in December at age 94, wrote a lengthy letter in April to the head of the Russian Orthodox Church, asking if he was to blame for the deaths, Russian daily Izvestia reported.

"The pain in my soul is unbearable. I keep asking myself the same unsolvable question: If my assault rifle took people's lives that means that I, Mikhail Kalashnikov, ... am responsible for people's deaths," he wrote in the letter.

"The longer I live, the more often that question gets into my brain, the deeper I go in my thoughts and guesses about why the Almighty allowed humans to have devilish desires of envy, greed and aggression," Kalashnikov continued.

The note is penned on Kalashnikov's personal writing paper and signed "a slave of God, the designer Mikhail Kalashnikov."

The sentiment in the letter contrasts sharply with past statements by the weapons designer, who repeatedly said he "slept well" despite his gun's widespread use and couldn't be held responsible for the actions of other people.

Kalashnikov designed the AK-47 during World War II. It is now the world's most popular firearm, with an estimated 100 million in use today.