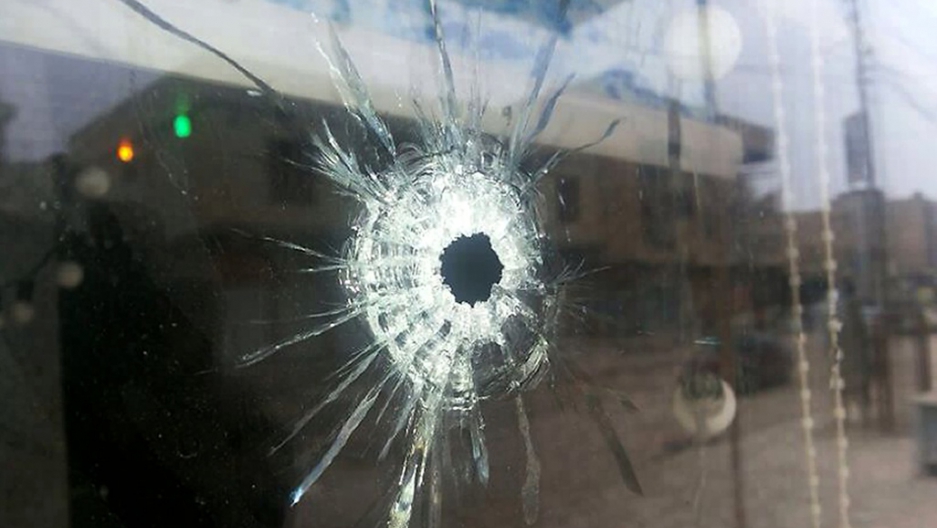 BUZZARDS BAY, Mass. — It may be a new year, but the names in the headlines are eerily reminiscent of times gone by: Fallujah, Anbar, Al Qaeda.

Wait a minute — isn’t this Iraq we’re talking about? The land of “mission accomplished”?

Like that 2003 speech that made George W. Bush a laughingstock, reports of success in Iraq seem to have been bitterly premature.

Earlier this month, Al Qaeda-linked militants had taken over Fallujah and Ramadi, cities in Anbar province in which hundreds of US soldiers lost their lives in 2004, during some of the bloodiest fighting American troops had faced since Vietnam.

Close to 1,500 soldiers died in Anbar battling Al Qaeda, which makes up roughly a third of the 4,486 US troops killed in Iraq, according to The Washington Post.

Critics of President Barack Obama were quick to point to his administration’s failings in Iraq as a major cause of the current catastrophe.

Just a day after the announcement of Al Qaeda’s victory, US Sens. John McCain (R-Ariz.) and Lindsey Graham (R-SC) issued a statement raising the specter of future threats emerging from Iraq:

“Reports that Al Qaeda fighters have taken over Fallujah and are gaining ground in other parts of Iraq are as tragic as they were predictable,” they said. “When President Obama withdrew all US forces from Iraq in 2011, over the objections of our military leaders and commanders on the ground, many of us predicted that the vacuum would be filled by America's enemies and would emerge as a threat to US national security interests. Sadly, that reality is now clearer than ever.”

Washington was unable to agree with the government of Prime Minister Nouri al-Maliki on immunity for remaining US troops, instead withdrawing all of its forces.

Iraq today is witnessing the worst violence since the disastrous years of 2006 and 2007, when the country was on the verge of all-out sectarian war.

According to many observers, Maliki, who’s been Iraq’s prime minister since 2006, has been exploiting long-standing tensions between the country’s Sunni and Shia Muslim populations. Maliki leads a majority Shia administration, and some see his repression of the Sunnis as revenge for real and perceived indignities visited upon the Shia by the government of Saddam Hussein.

Sunni frustration recently erupted into open protest in Anbar, and at the end of December Maliki decided to break it up. The result has been massive fighting and at least temporary victory for Al Qaeda, a movement that has reaped great benefit from Sunni grievances in Iraq.

The nearly 3-year-old war in neighboring Syria has also given Al Qaeda a boost — the fighters in Anbar belong largely to a group known variously as the Islamic State of Iraq and the Levant (ISIL) or, increasingly, the Islamic State in Iraq and Syria (ISIS). The long and porous border between the two countries has facilitated the spillover, and so far no one seems able to take concrete steps to unseat the insurgents.

Secretary of State John Kerry has vowed to help the Iraqis in their fight against “the Islamic State of Iraq in the Levant, which is affiliated with Al Qaeda, who are trying to assert their authority not just in Iraq, but in Syria … These are the most dangerous players in that region.”

More GlobalPost analysis: The 12 (rocky) months of US foreign policy

Kerry has also insisted there will be no US troops on the ground, but he indicated that Washington is willing to help.

That assistance will likely be in the form of weaponry: White House spokesman Jay Carney indicated as much in a news conference Tuesday.

But Anthony Cordesman, a national security analyst at Washington’s Center for Strategic and International Studies (CSIS), cautions against a “rush to judgment” in Iraq.

“AQI [Al Qaeda Iraq] is not the major threat,” he writes. “Iraq has suffered — and still suffers — from outside mistakes and interference, including mistakes the United States made during the invasion it led in 2003 and during its occupation of Iraq. Iraq, however, is now largely a self-inflicted wound and one self-inflicted by its present government.”

Those US mistakes were many, however, and have been amply documented. Washington went into Iraq in 2003 on false pretenses, with disastrous consequences.

“The US invasion of Iraq soon proved to have unleashed forces the US had not predicted, was almost totally unprepared for, and could not control or contain,” Cordesman writes. “The US found it had gone to war for the wrong reasons — focusing on threats from weapons of mass destruction and Iraqi government sponsored terrorism that did not exist.”

Once in Iraq, the US had no real plan for the future, and failed to create a viable basis for a successful state. US tactical victories did little more than end a conflict it had helped to create in the first place, according to the CSIS analyst.

Instead, the US invasion prepared the ground for Al Qaeda much in the same way as the Soviet invasion of Afghanistan in 1979 paved the way for the eventual rise of the Taliban.

According to Cordesman, uncritical support for Maliki under the current circumstances would be counterproductive.

“It is hard to think of US actions that could be more of disaster than provoking Iraqi resistance by attempting to reintroduce US troops,” he writes. “But it is equally hard to think of measures that could do more damage than backing Maliki without regard to his relentless search for power, repression and misuse of the Iraqi security forces, and exploitation of Iraq’s sectarian divisions between Shi’ite and Sunni.”

So what can be done?

Ironically, the crisis in Iraq seems to be driving Washington closer to an old foe — Iran.

Tehran is uneasy with the rise of Al Qaeda on its border. Iranian officials have made overtures to Maliki’s government offering “military equipment and advisers” should Baghdad ask.

“The enemy of my enemy is my friend,” said one Iranian journalist, speaking to The New York Times.

“Friend” might be a bit of an overstatement — Washington and Tehran are still far apart on many issues. Tehran is a major ally of Syrian President Bashar al-Assad, whose removal is a central goal of Washington’s policy in the region.

For most Americans, Iraq is over and done with — we went, we saw, we conquered, and then we left, getting rid of a very bad man in the process.

But it was all for a good cause, right?

The Iraq war was supposed to cement America’s global position in the post-9/11 world, showing allies and enemies alike that Washington would not be cowed by terrorists, and was, indeed, stronger than ever.

But, as noted author and political scientist Andrew Bacevich remarked in a piece published in the March 2013 edition of Harper’s Magazine, “Preventive war to overthrow an evil dictator was going to elevate the United States to the status of Big Kahuna. … Instead, the result was a train wreck of epic proportions.”

Bacevich, who lost a son in Iraq, questions whether the result was worth the sacrifice. “Granted … the world is better off with Saddam Hussein having met his maker. But taken as a whole, the cost-benefit ratio is cause for weeping.”

Words to remember, Washington, if there are to be no more tears.

Journalist Jean MacKenzie worked as a reporter in Afghanistan from October 2004 to December 2011.