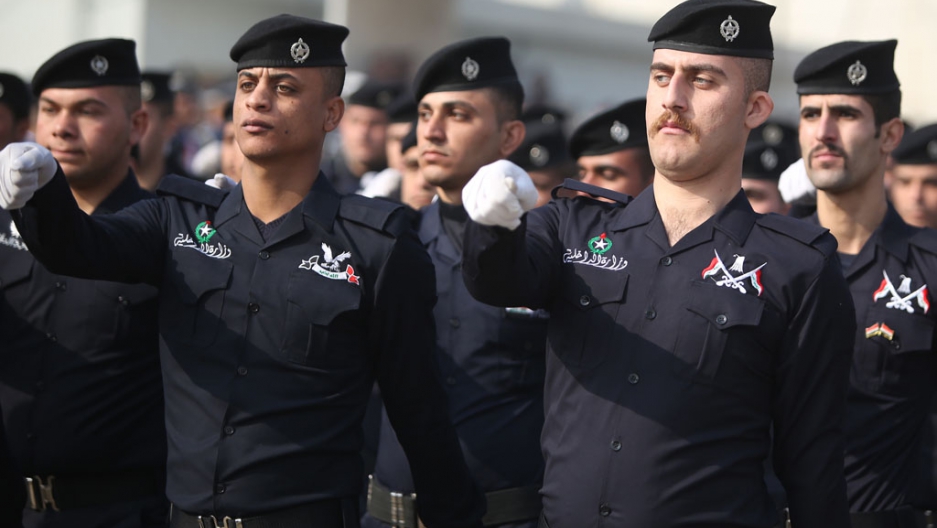 A suicide bomber killed 23 Iraqi army recruits and wounded 36 in Baghdad on Thursday, officials said, in an attack on men volunteering to join the government's struggle to crush Al Qaeda-linked militants in Anbar province.

Brigadier General Saad Maan, spokesman for the Baghdad Security Operations Centre which coordinates among military, police and other security organizations, said the bomber had blown himself up among the recruits at the small Muthanna airfield, used by the army in the Iraqi capital.

No group immediately claimed responsibility for the attack, which occurred a day after Prime Minister Nouri al-Maliki said he would eradicate the "evil" of Al Qaeda and its allies.

Fighters from the Al Qaeda-affiliated Islamic State of Iraq and the Levant (ISIL), which is also at the forefront of Syria's civil war, last week seized control of Fallujah and parts of Ramadi, capital of Iraq's western Anbar province.

Residents in Fallujah reported a calmer day after some overnight mortar fire. Militants were keeping a low profile. Troops on the outskirts made no attempt to enter the city, many of whose 300,000 residents fled after clashes last week.

But it is not clear whether a deal reached between Maliki's government and Sunni tribal leaders, under which the militants would withdraw and the army would stay outside Fallujah, can end the struggle for the city 70 km (45 miles) west of Baghdad.

"We don't want this city to suffer and we will not use force, as long as the tribes announce their readiness to confront Al Qaeda and expel it," Maliki said on Wednesday.

The violence has alarmed Western governments and pointed up the links between Sunni militants in Iraq and Syria, but Iraq's oil industry and its foreign investors see no cause for panic, given that main oil fields are far from Anbar.

Maliki's crisis months ahead of polls

Maliki is facing one of the biggest challenges of his eight-year rule, with key areas on Baghdad's doorstep outside government control just months before general elections.

He is also often accused of marginalising and targeting Iraq's Sunni Arab minority, many members of which oppose his government, and has presided over a sharp increase in violence in the country to levels not seen in five years.

"The issue of Fallujah is related to the issue of terrorism, and its importance exceeds other files such as services," which Maliki's government has also failed to improve, Shammari said.

"The biggest challenge is ISIL," he said, referring to Al Qaeda-linked group, which has been active in the fighting in both Fallujah and Ramadi.

But "if Maliki succeeds in containing the situation" in Anbar, it will be a major boost for the premier ahead of parliamentary polls scheduled for April 30.

The UN and NGOs have warned of a lack of access for civilians to key supplies during a government blockade of Fallujah and parts of the nearby Anbar provincial capital Ramadi, which were seized by militants last week.

And Washington has piled pressure on Baghdad to focus on political reconciliation as well as military operations to resolve the standoff.

Human Rights Watch (HRW) condemned abuses by all sides in the Anbar clashes, criticising Iraqi government forces for using what it alleged was indiscriminate mortar fire in civilian neighbourhoods, and militants for deploying in and attacking from populated areas.

"Apparently unlawful methods of fighting by all sides have caused civilian casualties and severe property damage," the New York-based group said in a statement.

The Iraqi Red Crescent said it had provided humanitarian assistance to more than 8,000 families across Anbar but that upwards of 13,000 had fled, while the UN said it had also managed to provide critical supplies.

Some families have sought refuge in the neighbouring province of Karbala and, according to HRW, as far away as the northern Kurdish region.