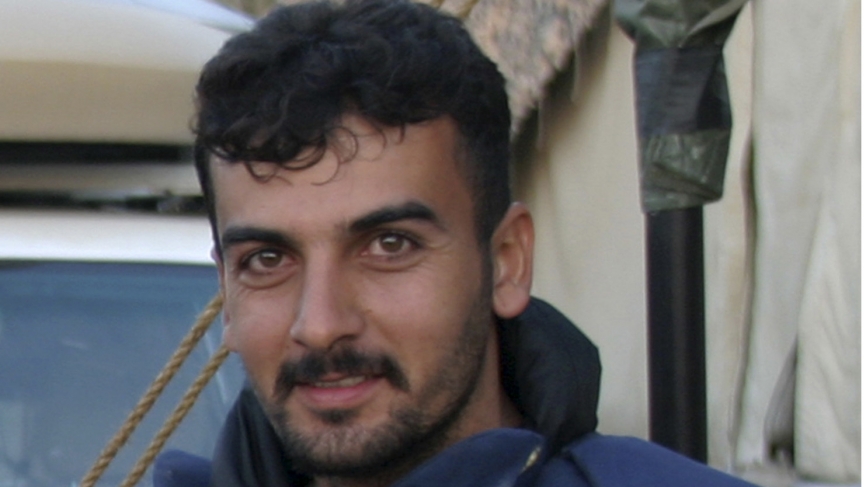 Yasser Faisal al-Jumaili during the battle of Fallujah, Iraq, in November 2004.

Covering the story in Syria is not easy for journalists. More than 60 have died since the conflict began almost three years ago.

Among them is freelance cameraman Yasser Faisal al-Jumaili, 38, who was killed sometime around Dec. 4 in Idlib.

"Yasser was very, very Iraqi," says his colleague, Jane Arraf. "By that I mean he was extraordinary, very often inexplicable, a little bit mysterious, and amazingly talented and brave.

"I worked with Yasser for several years, most recently just a couple of weeks before he died, on assignment for Al Jazeera America in the south of Iraq.

"He was a freelancer. He had a family to support. That's why he went (to Syria)."

Al-Jumaili was from Fallujah, Iraq, and was very experienced.

"He absolutely knew what he was doing, more than most people. Remember that Fallujah — now again in the news — was one of the most violent places in Iraq, a place you had to navigate very, very carefully. And Yasser managed to operate in the middle of all that, balancing all of those different players," Arraf said. "Yasser's work was the reason that a lot of viewers saw anything at all from Fallujah and Ramadi. When it was far too dangerous for foreigners to go in, Yasser was the one — people like Yasser — were the people getting those images out."

Despite the violence, Arraf says "he still managed to get the most beautiful footage, because he was also an artist. He was a journalist and an artist."

Arraf wrote, in an online remembrance, that "for a macho guy from Fallujah, he was always eager to offer wonderfully specific opinions about colors and make-up." Arraf saud al-Jumaili "was kind of a fashionista, actually. He dressed very well. He was absolutely meticulous, and he had an eye for beauty, whether it was colors that would pop on the screen, or whether it was a reflected image that he was filming."

Al-Jumaili is believed to have been executed by the Islamic State of Iraq and Greater Syria, or ISIS, which is essentially an incarnation of al-Qaeda. He was married and had three small children.

"One of the things that we need to remember," says Arraf, "when we look at the videos on YouTube, or the images we constantly see, we tend to forget that there is a person behind that lens."