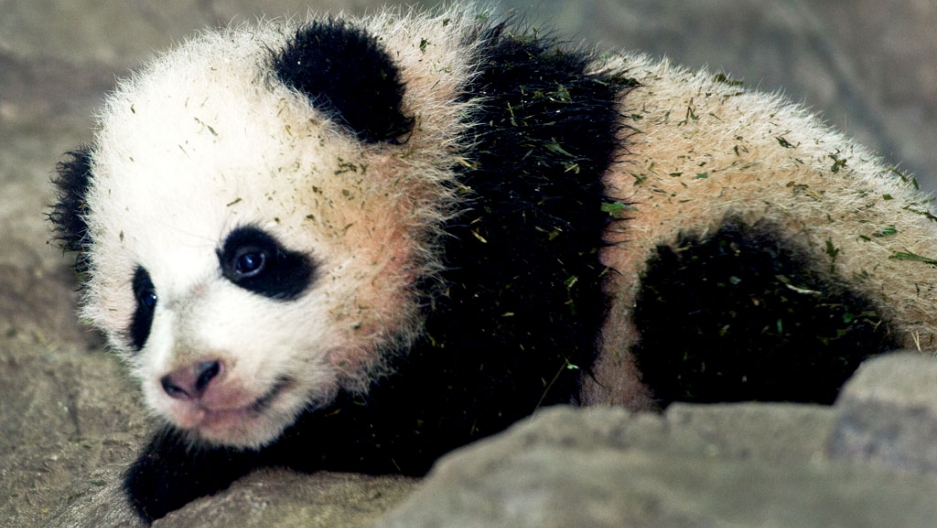 This giant panda only weighs 17 pounds.

Bao Bao, the Smithsonian National Zoo's giant panda cub, had a test run with the media on Monday.

How's she handling her newfound fame?

"She doesn't even seem to notice the folks who are watching her, her adoring public," Smith told the Associated Press.

She's only got eyes for mom.