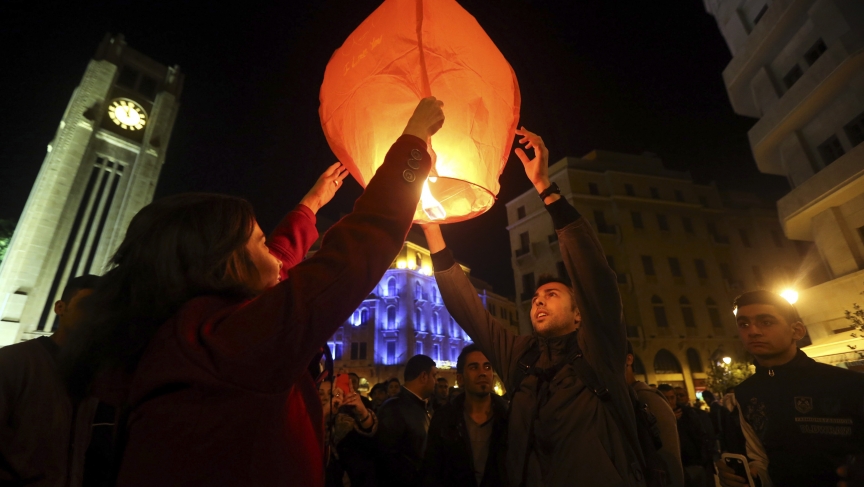 Residents of Lebanon are proud of their country's diversity. They're a mishmash of Shite and Sunni, Druze, Christian and Kurds, among others.

In recent years they've experienced stretches of stability, and even a real estate boom. But new sources of violence, including power struggles originating in neighboring Syria, are threatening the nation's fragile unity.

That was apparent this week for BBC State Department correspondent Kim Ghattas. Ghattas was born and raised in Beirut during the Lebanese civil war, and then covered the region for many years before leaving for her post in Washington.

She returned to Beirut for the holidays and ended up covering the recent car bomb that killed a moderate opposition leader and family friend, Mohamad Chatah.

"It was as though I'd never left, as though the last six years of my life had never happened. I was still covering the assassination of bright, intellectual, moderate, liberal people, targeted for their probably political views, depreiving the country of its brightest and best people," Ghattas says.

Chatah, she notes, was a critic of Syrian President Bashar al-Assad, and of Hezbollah, a Shite Islamic militant group and political party based in Lebanon.

"Minutes before Mr. Chatah was killed, he sent out a Tweet that was critical of Hezbollah and Syria," she says.

Ghattas was 13 in 1990 when Hafez al-Assad's army marched into Lebanon. He was the father of Syria's current leader. Ghattas says, as a teenager, she tried to explain the chaos around her by simplification, thinking "there must be someone in charge because I'm not in control."

She asked herself, "Who could it be?  Well the world powers — they are the ones who are pulling the strings, and making it happen and divvying up the region the way they want to. Of course as an adult, you understand that's not exactly how it works. But it is still the perspective that a lot of people hold onto in this region. I talk to people in Beirut constantly, or friends from Syria who tell me 'Oh if the US wanted the war in Syria to end it would be over tomorrow.' And it is quite eerie for me to hear that, because it's exactly what my father used to say when I was growing up in Beirut during the civil war."

Ghattas says, in fact, the geo-politics that motivate Syria's violence are much more complex.

She says Lebanon sits at the nexus of various conflicting interests and influences — made all the more complex by the country's diverse ethnicities and sects.

"It is often lived as a conflict. But it is also a richness. Because that is what makes Lebanon so intriguing and so attaching as well. We love to hate Lebanon, and we hate to love it, and that's who we are," Ghattas says.