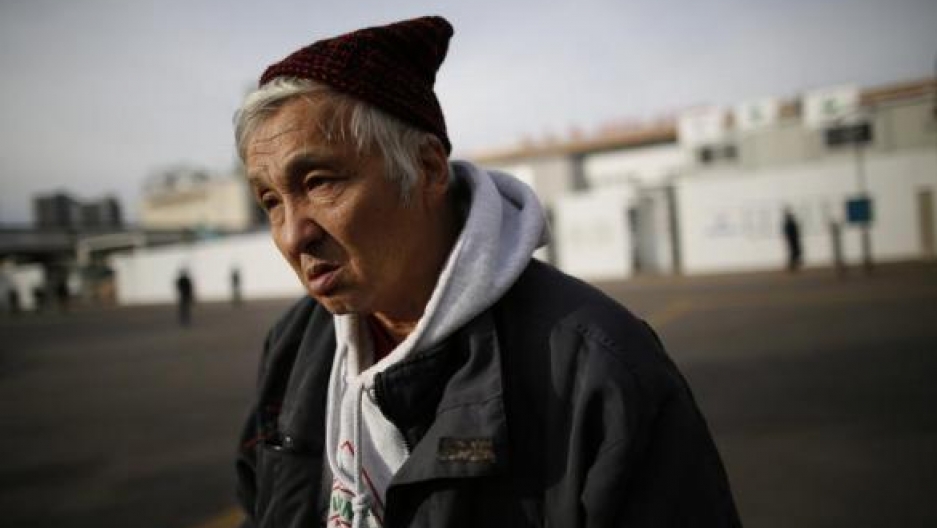 Shizuya Nishiyama, a 57-year-old homeless man from Hokkaido. Nishiyama says he briefly worked for Shuto, a firm with Fukushima decontamination contracts, clearing rubble. He now sleeps on a cardboard box in Sendai Station. He says he left after a dispute over wages.

Cleaning up radioactive waste in Fukushima may be one of the worst jobs in Japan. Clean-up of the site has fallen behind schedule and finding workers has been a challenge. Now it turns out, the homeless are among those being recruited for the job.

Antoni Slodkowski, one of the reporters who uncovered the story for Reuters News Service, met one of the recruiters, Seji Sasa.

Slodkowski said Sasa wakes up at 3:00 a.m. every morning and makes his way around the Sendai Station in northern Japanese city of Sendai.

“He knows everyone's name; knows the police officer's schedules; and he also knows where the homeless sleep. He is there on a mission:  to recruit workers to clean up after Fukushima's nuclear disaster,” Slodkowski said.

Sasa used to be a wrestling promoter. But now he makes money off the homeless people whom he recruits for various contracting companies involved in the government-funded clean up.

Slodkowski said that while giving homeless people work is a good thing, but that it becomes a problem when the men have no contract and work under vulnerable conditions.

“So if their employer decides to skim their wages or charge them exorbitant amounts of money for food, for heating, for coffee, for cigarettes, for whatever, very often, they don't get paid in advance, or they don't get paid weekly, but they sometimes get paid in 45 day instalments and these people have very little or nothing,” he said.

Moreover, he said, the homeless workers were often housed by gangsters in very crowded apartments with almost no personal space whatsoever.

Slodkowski said the reason why gangsters and organized crime got mixed up in the Fukushima clean-up process was because the law regulating clean-up is very loose and does not require any scrutiny.

“The subcontracting networks are not scrutinized at all and so that's how the small scale gangsters preying on the most vulnerable get involved,” he said.

Additionally, homeless people are being recruited for the clean-up because it has been difficult finding workers willing to take the low-paying, high risk, clean up jobs.

"People realize that if they are going to work in these kinds of companies under these kinds of conditions, they are not going to make much money, and this is partly why the clean-up is already at-least three years behind schedule."