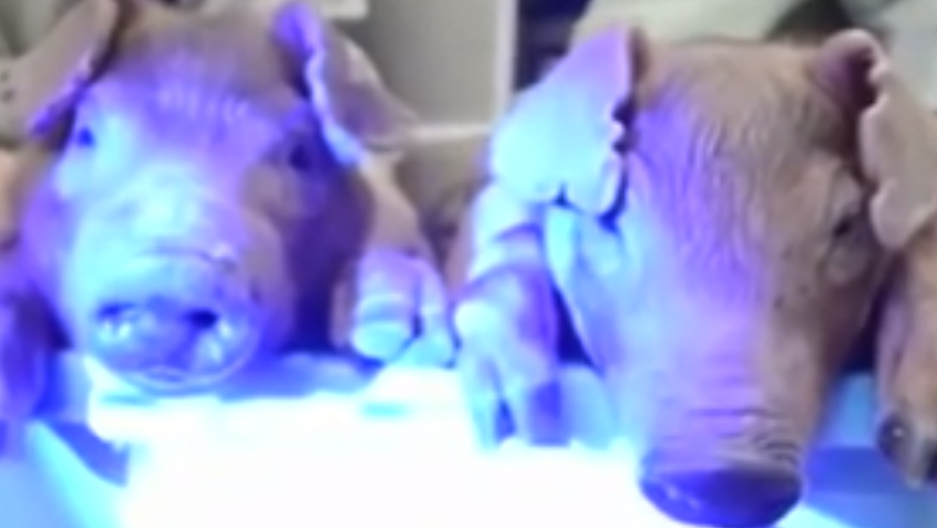 South China Agricultural University researchers swapped in DNA from a jellyfish to make the glowing pigs that turn green under black fluorescent lights.

Pig embryos were injected with the DNA to get the freaky effect - the same method used by Turkish researchers who made glowing bunnies earlier in 2013.

The move wasn't just for our amusement and a funny YouTube video. Rather, the idea is to see if helpful genes can be safely injected into animals in order to create more efficient and better medicines for humans.

The fluorescent effect was just to see if the gene really got in there.

Researchers claim that the glow-in-the-dark pigs' genetic profiles are healthy and they will have normal life expectancy.

Still, it is kind of terrifying.