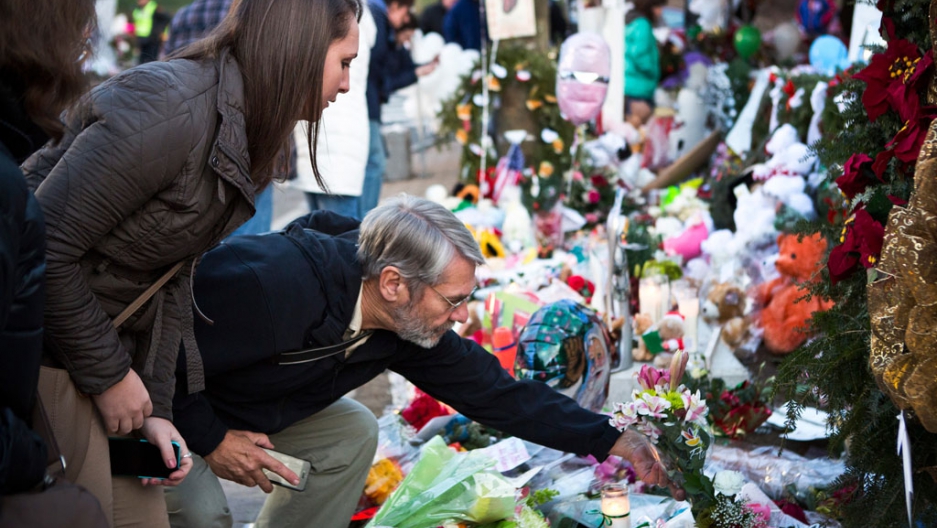 A man lays flowers at a memorial on December 24, 2012 for those killed in the shooting at Sandy Hook Elementary School in Newtown, Connecticut.
Credit: Andrew Burton
Share

Connecticut police released Friday afternoon the final report from their investigation into the shooting at the Sandy Hook Elementary School that killed six adults and 20 children.

The report, posted at Cspsandyhookreport.ct.gov, is more than a thousand pages long and includes redacted 911 calls, texts, photos, documents and the names of children killed in the massacre that along with other shootings reignited a debate over gun laws in America.

"I hope that the release of this report, though painful, will allow those who have been affected by it to continue in their personal process of healing, and will provide helpful information that can be put to use to prevent such tragedies in the future," Commissioner Reuben Bradford said in a letter introducing the documents.

On Dec. 14, 2012, disturbed gunman Adam Lanza shot and killed his mother and then drove to Sandy Hook school - a school he once attended - where he killed students and educators before killing himself.

Prosecutors have been unable to discover a motive for the murders, though the report describes Lanza as an unstable person who withdrew in his later years, as well as someone who didn't like to be touched, according to the Wall Street Journal.

Lanza "was undoubtedly afflicted with mental health problems; yet despite a fascination with mass shootings and firearms, he displayed no aggressive or threatening tendencies," the report concluded.

According to Reuters, John Reed, the acting superintendent of Newtown's public schools, sent an email to parents in the school system on Thursday, informing them of the reports upcoming release.

"Like you, I have not seen the materials, but I suspect for some persons, the contents will be an emotional trigger," he wrote. He also said some Sandy Hook parents may want to seek information from the National Trauma Stress Network.