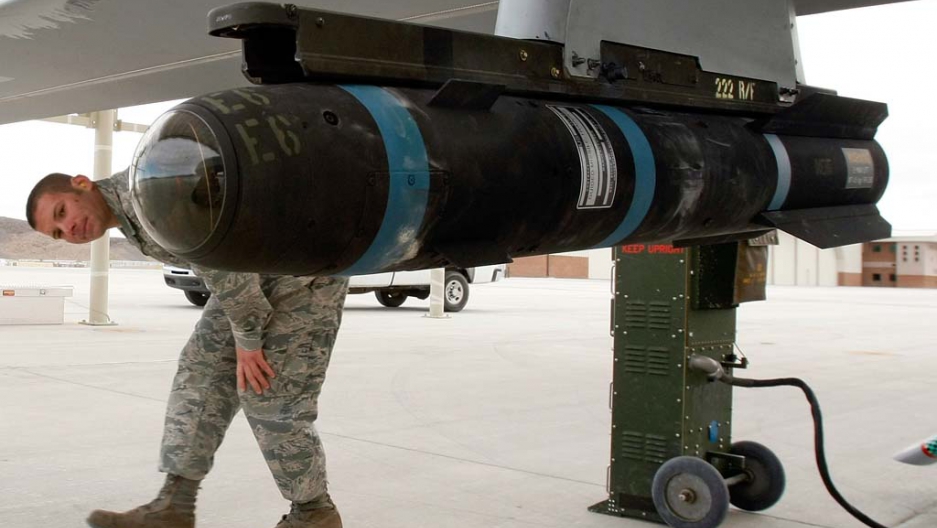 Destined for attacks on the Islamic State in Iraq and Syria.
Credit: Ethan Miller
Share

The United States has agreed to send Iraq missiles and drones to quell the increasing civil strife that has plagued the country for the last year.

The sectarian violence in Iraq — mainly attributed to Al Qaeda's affiliate, the Islamic State in Iraq and Syria — has claimed 8,000 lives this year.

It is estimated that nearly 1,000 of those deaths have been Iraqi security forces.

The New York Times reported on Wednesday that the US has sent Iraq 75 Hellfire missiles and 10 ScanEagle reconnaissance drones, which will be received in March.

The State Department said that Iraqi forces needed strength to battle the Al Qaeda affiliate that has sought to gain a foothold in Iraq.

ISIS is a "common enemy of the United States and the Republic of Iraq, and a threat to the greater Middle East region," said State Department spokeswoman Jen Psaki.

Near daily bombings and shootings have undermined Al-Maliki's promise to improve security and raised the death toll to levels not seen since 2008.

Al-Maliki has not asked for armed drones, possibly due to sensitivities leading up to this year's elections.

Iraq has no air force of its own and very limited reconnaissance capabilities.