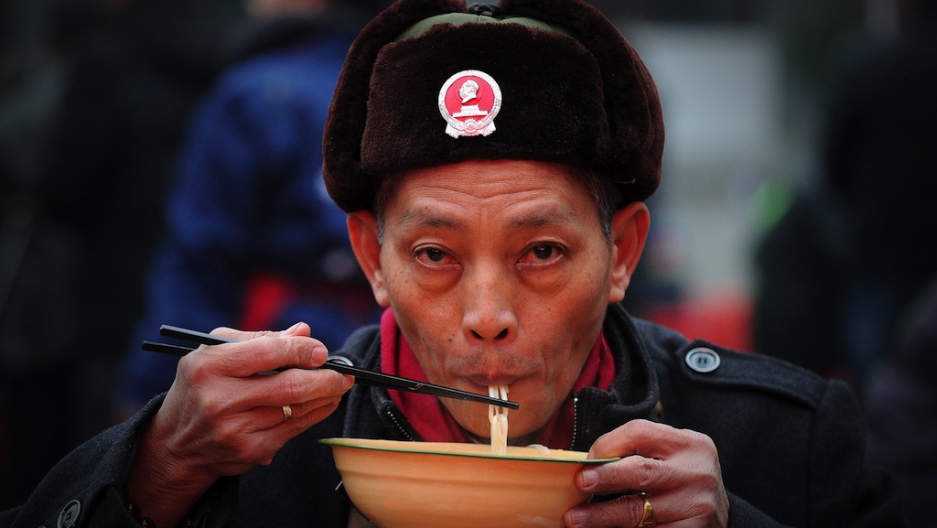 A man wearing a cap with a badge of Mao Zedong looks on as he eats free noodle at a yard in Shaoshan, in China's central province of Hunan on Dec. 26,2013.
Credit: Wang Zhao
Share

According to Reuters, who spoke with an unidentified source with connections to China's leadership, events had been intentionally scaled-back.

"The attendance of Standing Committee members is to placate leftists after reforms at the third plenum," the source said.

Mao's birthday comes as Xi and the party move to introduce economic reforms that that could free markets. However, some of the reforms have upset China's leftists, as the nation still faces widespread inequality and corruption - two points the current leadership has pledged to correct.

Free noodles were handed out to people in Mao's hometown in Hunan.