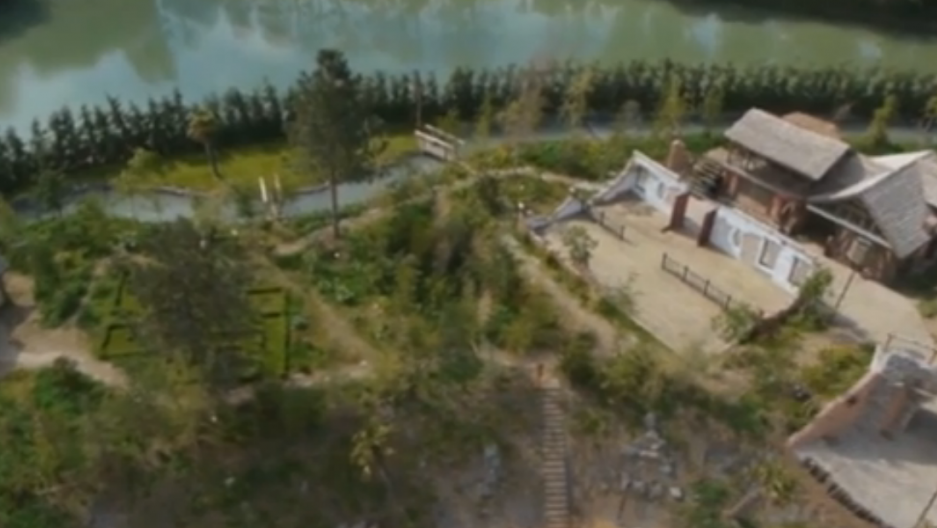 The owner may have to walk the plank.
Credit: The Master Wishmakers
Share

A British millionaire who built his fantasy pirate island in a rural part of England may have his dream torn down by local authorities.

The 29-year-old Challis, heir to a haulage business worth around $80 million, was living out his fantasy when he dreamed up the pirate-themed paradise.

The problem is he didn't get permission from local authorities to create the five-building complex.

They said: "A 21-day consultation on the retrospective planning application has just begun, to help us gather local views before any decisions are made.

"We always encourage residents and businesses to contact us before carrying out any development so we can give them advice and help them consider what planning permissions will be needed. Avoiding retrospective planning applications often means the whole process is quicker and cheaper for the applicant."

To any pirate, those are fightin' words.

Challis, however, took a more environmental, followed by sentimental tone:

"The lake had been left for so many years that it suffered greatly from a build-up of silt that encouraged weeds to grow and starved the oxygen out the water to such a degree that when the lake was drained, only nine small fish were found," said Challis.

"We hope that John Dickerson [his grandfather and family patriarch], who made it all possible, will be remembered through it."

The house cost over $1.5 million to build.

The island was made by The Master Wishmakers, which makes islands, treehouses and children's playhouses for the very wealthy.