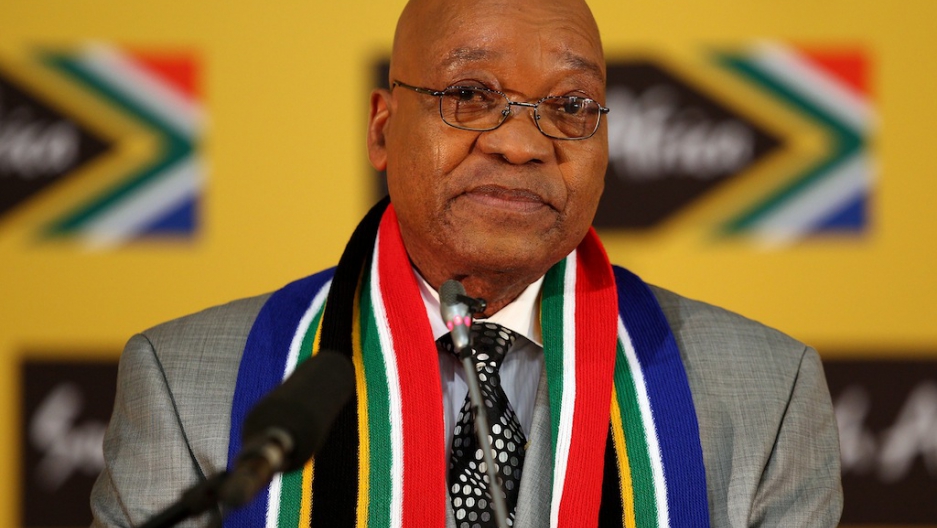 President Jacob Zuma talks to the media during a press conference at the Presidential Guesthouse on June 6, 2010 in Pretoria, South Africa.
Credit: Richard Heathcote
Share

The Right2Know (R2K) campaign and the SOS Coalition both said on Tuesday that SABC employees have been told not to broadcast calls for the South African president to step down from power — a claim the SABC denies.

"It makes a mockery of the principle of freedom of expression in the media and amongst citizens generally," R2K spokesman Mark Weinberg said in a statement, adding that the censorship was politically motivated meddling into SABC's editorial autonomy.

However, Kaizer Kganyago, a SABC spokesman, said the assertion was not true.

"There was no such instruction. People just interpreted things their own way. [The journalists] were told not to punt one side of the story [but] to balance it," he said.

"They spent a long time [reporting on] one side of the story without calling to get views from the other [Zuma's] side," he added.

Weinberg said he was informed by the Broadcast, Electronic, Media and Allied Workers' Union that orders were given on Friday to censor calls for Zuma's resignation at the National Union of Metalworkers of South Africa (NUMSA) conference.

Last week NUMSA withdrew its support for the African National Congress and, after a four-day meeting in Boksburg, called on Zuma to resign, according to Eyewitness News.

On Dec. 11, in a related incident, City Press, a South African paper, reported that while international stations had aired public booing of Zuma at the Nelson Mandela memorial, SABC newscasts had "all but erased the incidents from history."

"City Press has learnt from six independent sources at the public broadcaster’s news division that various instructions were given to ban broadcasts of the booing," the paper reported.