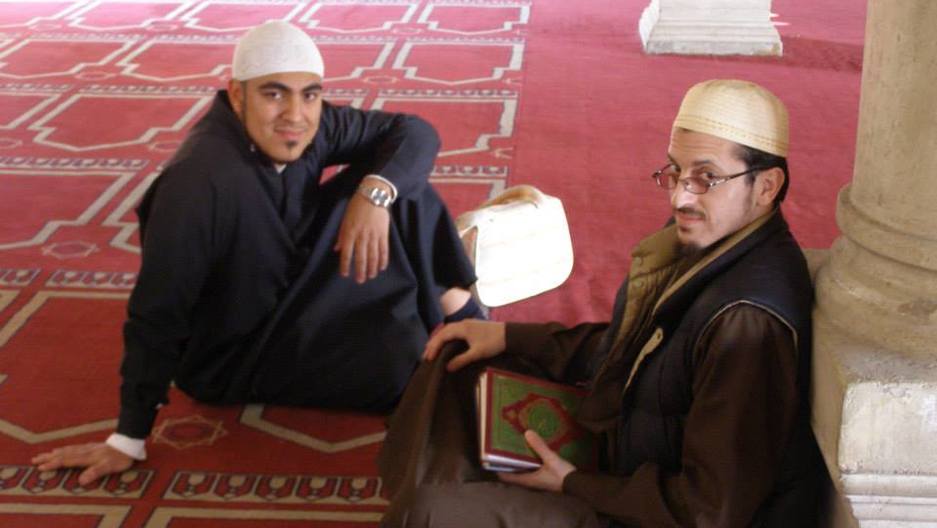 Growing up was rough for Jaime Fletcher in Houston. He moved from Colombia to Texas when he was 8. In high school, kids splintered off into ethnic gangs. One day, he says an African-American gang leader attacked him.

“And so I just fought back, and because I beat him, beat up the gang leader, by default, they thought it was another gang. And I was the leader,” Fletcher recalls.

Fletcher says being in a gang became a matter of survival. He saw friends get shot and thrown in jail.  He says when he got a little older, he got caught up chasing women, driving fast cars and drinking too much.

“One night that I was with a friend of mine who I’d grown up with, after leaving a club and drinking, we were sitting outside of his house. He looked at the liquor that he had in his hands and he said, ‘I can’t believe I’m still doing this.’

“And that was strange for me. He said, ‘Islam is the true religion of God.’ And I said, ‘Well everybody says their religion is the truth.’”

Like most Latinos, Fletcher was raised in a Catholic family, but he says his parents also encouraged him to find his own truth. After briefly studying Christianity, Judaism, Taoism and Buddhism, Fletcher came to believe Islam was, in fact, the true religion of God.

He converted and now goes by the name Mujahid Fletcher. He says Islam incorporated the family values he liked from Catholicism, while getting rid of one big disadvantage: confession to a priest.

“Islam brings about a clear sense of asking for forgiveness or repentance directly to God, without having an intermediary,” Fletcher says.

That holds great appeal for many Muslim converts, says Katherine Ewing, a professor of religion at Columbia University.

“There are frustrations with the structure of the Catholic Church, the hierarchy. A number [of Catholics] say that they’re kind of bored with the mass, that it doesn’t seem related to their everyday needs,” she adds.

Ewing says Islam and Protestantism are addressing those voids for many Latino Catholics.

It’s difficult to estimate how many Latinos in the US have converted to Islam. Ewing puts the figure somewhere between 50,000 and 100,000.  Still modest numbers, but Ewing says there’s a clear upward trend.

Latinos aren’t simply being pushed away by the Catholic Church, many Latinos have been pulled toward Islam, especially since September 11th, says Ewing. She says after the hijackings — and the immediate backlash against Muslims — Muslims began to reach out to outside communities to explain who they were. And many non-Muslims grew more curious about Islam.

“Maybe they saw it [Islam] as this terrorist organization and wanted to find out more about why Muslims would become terrorists,” says Ewing. “They started to do Internet research, or to read the Koran to find out if it really advocated violence. And many, as they did that, actually saw Islam as a peaceful religion, as something that had more familiarity than they expected. They also found some of the beauty of the tradition as they explored further.”

That’s what Mujahid Fletcher found, and he wanted other Latinos to find this, too. The problem, though, is that Islamic texts aren’t easily accessible in Spanish. So, Fletcher began doing translations and making audio recordings of the verses.

Fletcher now runs a company called Islam in Spanish. He and his father, who also converted to Islam, have recorded more than 500 CDs and 200 cable access TV shows about Islam.

“The end goal with Islam in Spanish is to educate Latinos about Islam worldwide,” he says.

I visited Fletcher at the Maryam Islamic Center, his mosque in Sugar Land, an affluent suburb of Houston. The large mosque looked like something you'd find in the Middle East or Turkey — an attractive building with high, arched entrances, pillars and two minarets. There are reminders you’re in Texas though: Young boys were playing basketball on a court in front near the parking lot.

There were about 100 people at the evening prayer the night I went. Fletcher counted himself as the only Latino. Fletcher says Latino Muslims are spread out in small pockets in big cities like Houston.

I also met Daniel Abdullah Hernandez, an imam at a mosque about 30 minutes away in the city of Pearland. Hernandez, a Puerto Rican-American who was raised Catholic, was also a gang member. He says he got drunk a lot and spent a lot of times at clubs. He says Islam helped turn him into a responsible husband and father.

“In the beginning, people think it’s a phase. My mother, after two years of seeing my transformation, she became a Muslim,” Hernandez says. His father and brother converted as well.

Together, the family visited Egypt to study Islam, a trip that cleared up any doubts they had about becoming Latino Muslims.

“Me and my family were feeling that we were going to be lonely during the holidays,” he says. “And that first year, we’re sitting with other Hispanics breaking bread and eating, and we were all amazed.”

For most Latinos though, Catholicism is more than just a religion, it can be about cultural identity. Even non-devout Latinos can have Virgin of Guadalupe altars set up in their homes. So while Islam, or other religions, may be replacing the Catholic religion for some Latinos, replacing the cultural connection to the Catholic Church, could be much harder.