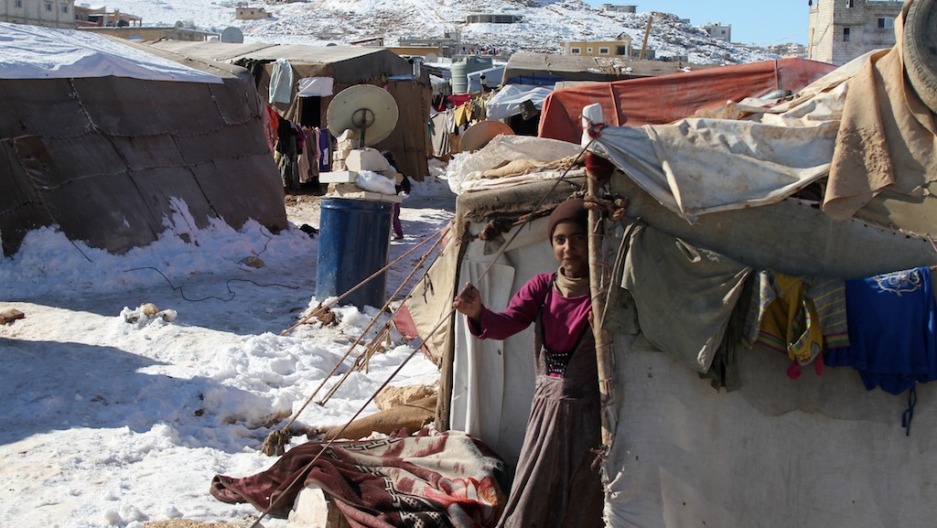 A Syrian child stands behind a tent in a refugee camp on Dec. 15, 2013, in the town of Arsal in the Lebanese Bekaa valley.
Credit: Stringer
Share

At least 500,000 people in war-ravaged Syria have been wounded, and so many of them have little or no access to much-needed healthcare, the International Committee for the Red Cross said in a statement on Sunday.

"At least half a million people have been wounded across the country and millions remain displaced and tens of thousands detained," said ICRC chief Magne Barth.

"The wounded are often not cared for properly and the chronically ill often do not receive the treatment they need," he added.

Humanitarian aid agencies have restricted access to Syria and millions of its people - especially in rebel-held areas - which is why Barth also called on President Bashar Al-Assad to to allow more aid and support to those who desperately need it.

"Our staff are still not allowed to enter besieged areas to deliver aid, including much-needed medical supplies, to all people in need whoever they may be," said Barth.

One the many major concerns for the displaced millions inside Syria, food is perhaps one of the most significant for Syrian families this winter.

Indeed, the United Nations World Food Program says "Syrians face a harsh winter amid civil war for a third consecutive year. Because of the conflict, millions of people have fled their homes, creating a humanitarian crisis in which food is a top priority."

Statements from those two international agencies come after Doctors Without Borders reported that at least 189 people had been killed and 879 injured in the bombing of Aleppo since December 15.

Those numbers were confirmed by the UK-based Syrian Observatory for Human Rights, a pro-opposition group with a network of activists on the ground in Syria.

"I think it is trying to make the population turn against the rebels, so that the people themselves expel the fighters," Rami Abdel Rahman, director of the Observatory, told Al Jazeera.

The Observatory claims more than 126,000 people have been killed in Syria since the war began in March 2011.