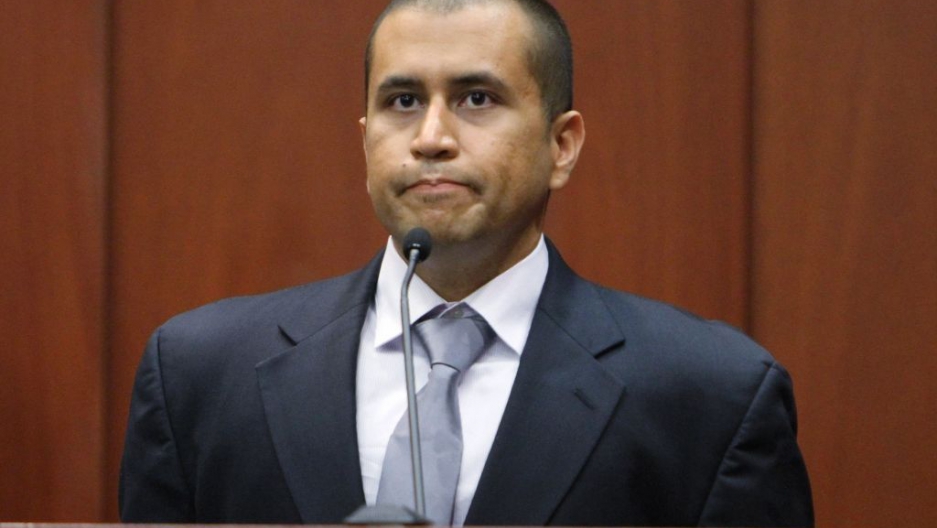 George Zimmerman takes the stand during his bond hearing for the shooting death of Trayvon Martin in Sanford, Florida on Apr. 20, 2012. He has since entered a plea of not guilty.
Credit: Pool
Share

Bidding on eBay closed Saturday for an original oil painting by George Zimmerman, the Florida neighborhood watch volunteer who shot and killed an unarmed teenager.

The patriotic 18-inch-by-24-inch oil painting of a blue American flag featuring a part of the Pledge of Allegiance, began at $0.99, rising in price rapidly over the last week.

Zimmerman signed the piece for the unknown buyer.

"Everyone has been asking what I have been doing with myself. I found a creative way to express myself, my emotions and the symbols that represent my experiences. My art work allows me to reflect, providing a therapeutic outlet and allows me to remain indoors :-)"

The New York Daily News put it this way: "His blue period has now become his green period."

Zimmerman was acquitted of murder earlier this year in the death of 17-year-old Trayvon Martin in Sanford, Fla.

Many saw the acquittal as unjust and racially prejudiced.

Zimmerman has been arrested several times since after alleged incidents of domestic abuse.

He recently admitted that he's $2.5 million in debt from legal fees.