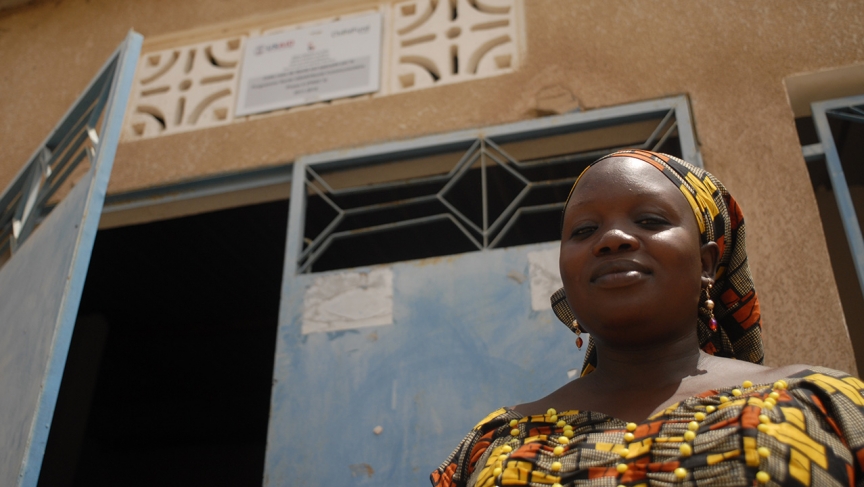 In many parts of Latin America, Asia and Africa, there aren't enough doctors and nurses to care for everyone who is sick. So charities and governments have enlisted thousands of volunteers to serve as community health workers.

These volunteers provide much-needed care, and because they draw no salary, they offer a cost-effective solution in impoverished places. But who is looking after the interests of the volunteers?

I traveled to the West African nation of Senegal, which is rolling out a national health program that relies on volunteers.

I headed to Ngueringne Bambara, a village about an hour outside Dakar, the capital. I walked into a bustling medical clinic. The clinics are called "health huts" in Senegal, but this one was brick and mortar.

Inside, I met Awa Diagne, a volunteer who was tending to that day's patients.

She took the pulse of a sick infant. She treated a man with a nasty gash in his leg. She saw a woman with wounds across her back that she had sustained in a car accident a few weeks earlier.

Watching Awa Diagne in action, I was impressed. She and her colleagues delivered care with kindness and concern and efficiency.

Frankly, I hadn't expected to see this level of professionalism at a clinic run by volunteers. I figured things would be more ad hoc — that the volunteers might open their clinic a few hours a week. I was wrong.

"We work from Monday to Saturday," Awa Diagne said. "We only take Sundays off."

And she and her colleagues never really go off duty.

"You can knock on their door at any time, even in the middle of the night," said Mame Ngone Fall, a woman I met at the clinic. "They never complain."

The more I heard, the less this sounded like a volunteer gig. It seemed like a job.

In fact, I learned that Awa Diagne has been doing this work, without pay, for a very long time — more than a decade.

The health huts program here in Senegal is administered by ChildFund International, an American charity.

"Our role is to help support the health system," said ChildFund's national health coordinator in Senegal, Mamadou Diagne (no relation to Awa Diagne). "We extend the work of the health ministry to the village level, where there aren't any healthcare facilities."

He said his program provides care to some 9 million people. It uses 20,000 health workers.

"They don't receive a salary — it's volunteer work," he said. "But they receive training and the feeling that they're helping their communities."

Volunteers gain personal satisfaction from the work, he said, as well as respect from their neighbors. They're given certificates of appreciation at community ceremonies.

Awa Diagne, the volunteer I spent time with, says these nonmonetary benefits have kept her going over the past decade.

"We do this because we love the community. Not for money," she said. "We want to help people."

But many of the volunteers are impoverished themselves, without much money or time to spare. Awa Diagne has five children. Her husband is a bricklayer who sometimes can't find work.

"Sometimes we don't even manage to have three meals a day," she said.

Impoverished people like Awa Diagne volunteer for an untold number of international health charities around the world. Is it ethical to ask such desperately poor people to give so much of their time, for free?

The World Health Organization calls this issue "controversial." A 2007 paper commissioned by the WHO contended that, "as a rule, community health workers are poor and expect and require an income." In another paper a year later, the WHO made a strong recommendation that community health workers should receive "adequate and appropriate incentives, including wages."

So why isn't Awa Diagne paid? I asked the representative of ChildFund.

"I think everyone deserves to be paid," Mamadou Diagne said. "But with the state of development here, we can't afford it. Take the 20,000 volunteers. If you give each one of them, not much — say, $100 — that adds up to a lot of money."

But ChildFund's work here is paid for by a wealthy benefactor — the US government — which has given $40 million to the health huts program.

So I headed to the American embassy in Dakar and tracked down Ramatoulaye Dioume. She's been working for the US government on community health activities here for 15 years. I told her about Awa Diagne and the other volunteers who have been working six days a week for a decade.

I asked, "Is it ethical to ask them to do that for free?"

"I can turn the question," she responded. "Is it ethical to leave them without any services? Can we [leave] the community without anything?"

Here's the problem. The US government could presumably pay volunteers in Senegal with a portion of its aid money, but that would be a short-term solution because the health huts program will soon be handed over to the Senegalese government. If Senegal can't afford to transfer those workers to its payroll, what happens to the country's healthcare system?

"If you pay the volunteers for a few years and then stop, the workers will not accept that," said ChildFund's Mamadou Diagne. "They will organize into pressure groups — a kind of trade union — and then the government will have to find the money to pay them. Or there's a risk that everyone will just stop working."

This is something I heard a lot in Senegal: The government simply cannot afford to pay its health workers.

When I got back to the United States, I called Kenneth Maes. He's an anthropologist at Oregon State University who studies community health volunteers in Ethiopia.

"It's easy to say we can't afford [community health workers]," he said, "but it really takes a change in ideology, a change in values, a commitment to raising the money and convincing various players in international health that this is something worth putting money into."

He added, "Raising the money and standing up to this unquestioned idea that it's just not possible and not sustainable [to pay thousands of workers] — I think that's the first step."

A few governments have already taken that step. Ethiopia has hired about 40,000 community health workers, making them full-time, salaried employees. Brazil has hired even more — about 250,000 across the country.

Maes said these governments instituted the programs not only to improve the health of the public, but also as job-creation measures.

Awa Diagne, the Senegalese health volunteer, is proud of the work she has done for her community, for free, for a decade. "The government should be aware that any program they organize — vaccinations, HIV, malaria — those programs cannot be successful without the help of community workers," she said.

"Look at our work and our activities," she added, "We deserve to be paid. The government needs to find solutions to help us."