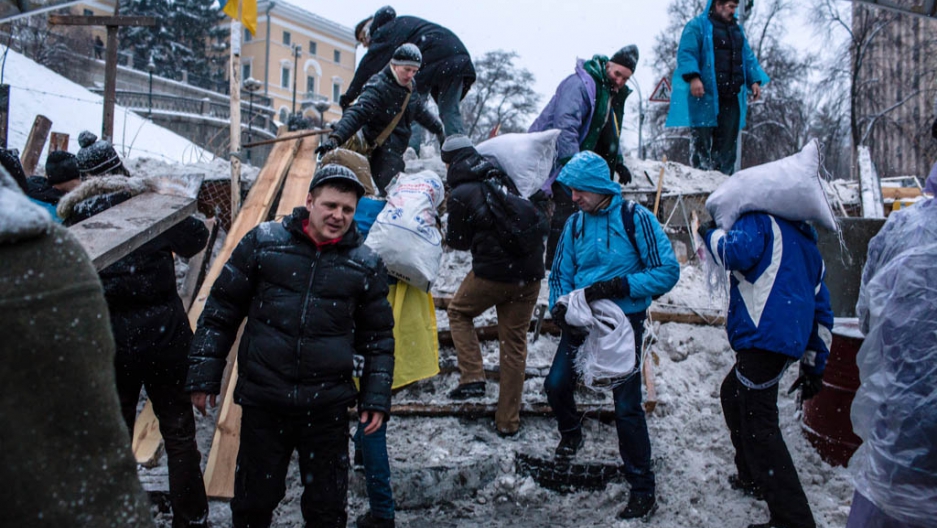 Ukraine's Prime Minister Mykola Azarov hailed his country's deal with Russia on Wednesday, saying it had saved Ukraine from "bankruptcy and social collapse."

Speaking to ministers in Kyiv, Azarov said the package — which includes Moscow's buying of $15 billion of Ukrainian government bonds and cutting the price of natural gas by 30 percent — would allow Ukraine to "plan the years to come as years of development and people's confidence about their stable lives."

On the streets of Kyiv, the reaction couldn't have been more different. Tens of thousands of protesters gathered on Tuesday, and hundreds remained overnight.

President Viktor Yanukovych, who met Russian President Vladimir Putin this week to work out the deal, faced calls for his resignation.

More from GlobalPost: Russia offers to bail out Ukraine, but the stakes are high

Vitali Klitschko, one of the leading opposition figures, told protesters on Tuesday, "He has given up Ukraine's national interests, given up independence."

He said Russia was "surprised by attempts to put overt pressure on the Ukrainian government, which continue despite the decisions made in Moscow yesterday," while speaking in parliament.

The protests in Kyiv were triggered by Yanukovych's rejection of a key deal with the European Union last month in favor of closer ties with Moscow. The demonstrations have been taking place for weeks.

The deal with Moscow is likely to further inflame them.