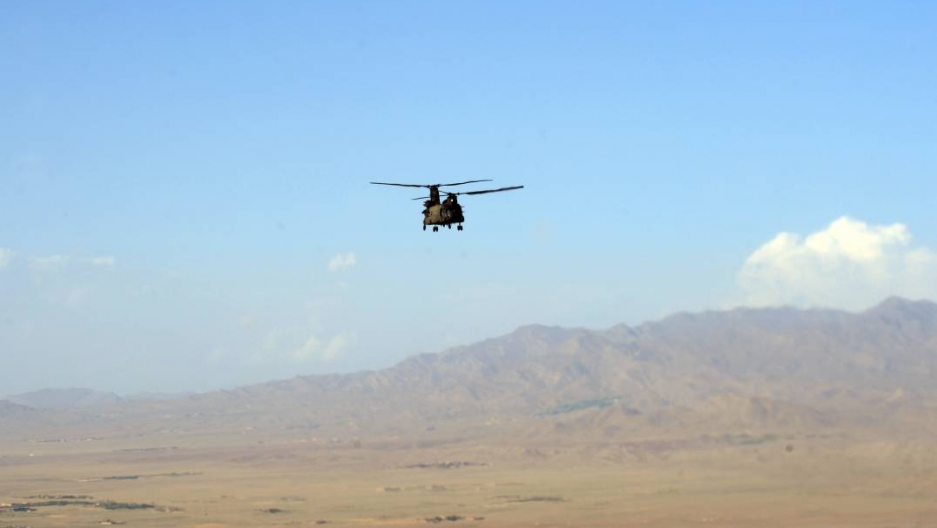 A U.S. Chinook helicopter flies over a valley in Afghanistan. An Afghan official says the Taliban laid an elaborate trap for the Chinook they shot down on Friday, killing 38 troops including 30 Americans.
Credit: Ted Aljibe
Share

Six US troops with the US-led international military force in Afghanistan are dead after their helicopter crashed near the village of Ibrahimkhil in southern Afghanistan.

The village is located in the Shajoe District of Zabul Province, a mountainous region about 50 miles from Kabul.

One person on the helicopter was injured and survived, two US defense officials told the Associated Press.

It’s the single largest loss of life for coalition forces since June, when Taliban insurgents killed seven Georgian soldiers with a truck bomb in northern Helmand.

The Taliban also claimed responsibility for Tuesday's crash. However, the international military coalition noted in a statement, "initial reporting indicates there was no enemy activity in the area at the time of the crash."'

“The area is not fully safe — there is enemy movement there, and it is also surrounded by mountains and covered with forest,” Ghulam Jilani Khan, provincial security chief for Zabul, told the New York Times. “The information we have so far is that it crashed because of technical problems.”

Taliban fighters are often quick to claim responsibility when there are casualties among foreign forces.

The most common causes for helicopter crashes during the conflict in Afghanistan have been bad weather or technical problems.