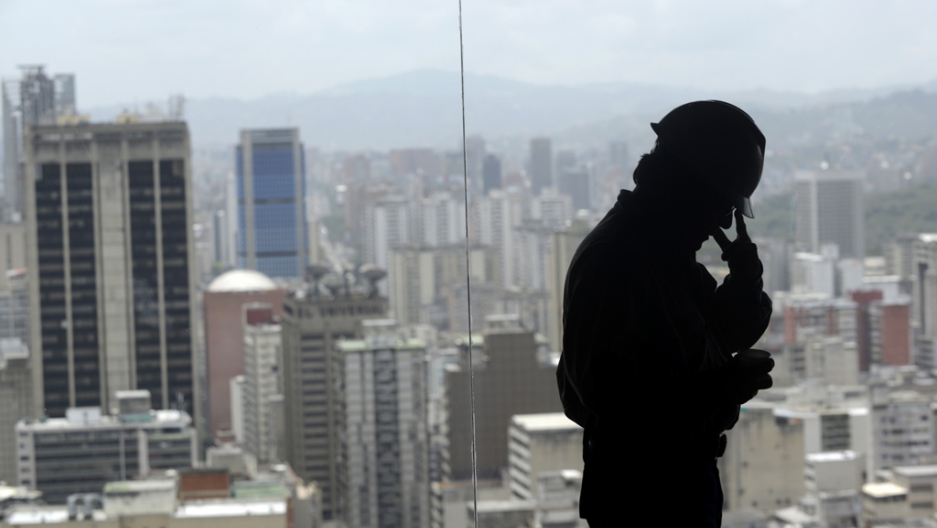 CARACAS, Venezuela — If you’re scouting for a new job or to open offices abroad, this is one city you may want to avoid.

Venezuela’s capital Caracas has been named the world’s most expensive city for expat staff — beating even notorious salary sucks like Tokyo.

That’s a first for the cost of living index put out by ECA, a 42-year-old consulting firm that aims to help businesses operate efficiently abroad. Last year, ECA ranked Japan’s capital No. 1, and Venezuela’s seventh.

Caracas’ leap may come as a shock. This South American country is not exactly well-off, even if it is sitting on the world’s largest proven oil reserves.

But it would likely take more than a new ranking to spook the locals. They’ve been dealing with shortages of basic goods and they’ve watched consumer prices rocket more than 50 percent over last year. ECA says some costs soared even higher.

World rankings can be funny things, and are best taken with a grain of salt. But ECA’s is not the first index to put Venezuela above the rest. The Economist’s Big Mac Index, a lighthearted gauge of what the UK newsweekly calls “burgernomics,” billed Venezuela with the priciest McDonald’s mega burger at the beginning of this year. (By summer, Norway had edged ahead.)

So, GlobalPost had a look for ourselves. And yes, it’s bad.

Here’s a list of some random items, with their prices in US dollars (at the official exchange rate of 6.3 bolivares to the dollar). That’s followed with some analysis about how Venezuela got into this mess and how it intends to get out.

Cheese pastry and brownie for $21

Gym membership for a month at a nice hotel: $320

How can this be?

The Venezuelan government has fought hard to deflect blame for the soaring costs — but the authorities do seem worried about inflation.

And Bloomberg News reported Tuesday that Venezuela could make its biggest currency devaluation since 2010 by the end of March.

President Nicolas Maduro, a disciple of the late Hugo Chavez, has vowed to win an “economic war” he claims US-backed right-wing opponents are waging against the Venezuelan people. His government is clamping down on, and locking up, store owners accused of unfairly hiking prices, as GlobalPost reported in November.

But the “most expensive” title also plays into the hands of the haters.

Many critics blame the government’s economic policies — such as tight currency controls enacted by Chavez a decade ago — for prices here looking extremely skewed.

Venezuelans are only allowed to exchange a very limited amount of local money, the bolivar, to dollars every year at the official rate of 6.3 bolivares per greenback. Demand has helped breed a booming currency black market in which the dollar sells at more than 10 times the official value.

Importers, who need dollars to bring products in, struggle to get hard currency at the official rate. Many are forking over hefty sums on the black market and setting their prices accordingly.

Sounding emboldened after his party’s Dec. 8 election wins in most town halls across the country, President Maduro has promised to intensify his deflation-by-force approach.

Some economists are unimpressed. “If deepening the economic offensive means more controls, interventionism, and moving closer to central command economy, that is certainly not got news because those were the policies that got us the dismal economic picture we are living today,” said Alberto Ramos, an analyst at Goldman Sachs in New York.

That said, some expats in the world’s most expensive city may take heart from this fact: Caracas’ residents were among the few who actually voted against Maduro’s party candidate in favor of primarily opposition mayors.

Still, mayors can hardly wiggle around directives imposed from up top — perhaps even less so now that the president has won special decree powers.

How far will the cost of living rise? It’s hard to know. For many expats bearing the stress of life in Caracas, those $320 workouts actually sound worth it.