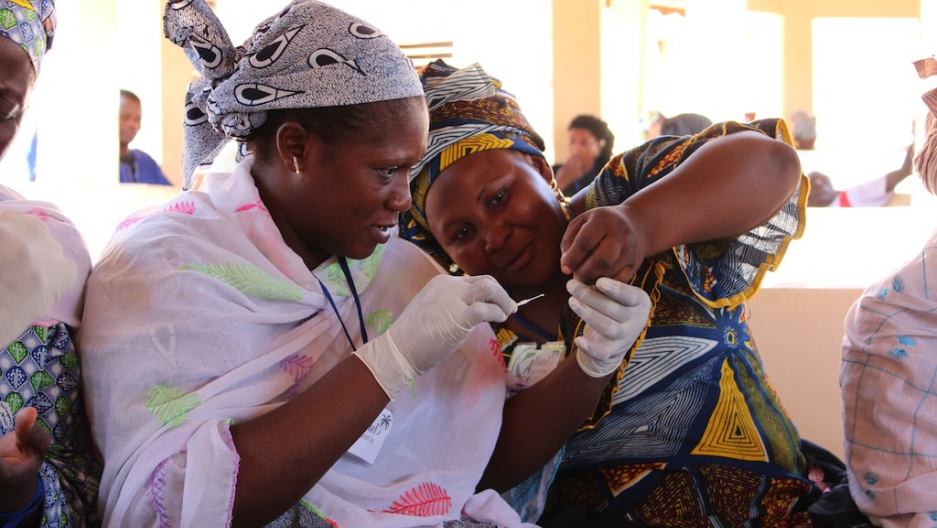 With enough resources and the right approach, ending preventable child deaths may be attainable much sooner than expected, according to a newly released study conducted in Mali.

In the paper, published Wednesday in the journal PLOS ONE, researchers in the US and Mali found that an experimental healthcare delivery model in one community may have driven a rapid decrease in mortality among children under 5.

In just three years, the team documented plummeting child mortality rates in the community of Yirimadjo, from among the highest in the world (about 1 in 6 children died before age 5 in 2008, the baseline year for the study) to among the lowest (about 1 in 59 died in 2011, the last year of the study).

The healthcare model promotes the use of community-based health workers and organizers to expedite the prevention and treatment of illness.

While there could have been other external factors contributing to the significant reduction, the findings are notable for the degree and speed at which they were achieved.

Ari Johnson, a physician who co-authored the paper with researchers at Harvard University, University of California San Francisco, and the Malian Ministry of Health, spoke with GlobalPost about the impressive reductions and the study’s implications for the international community.

Johnson is a resident at UCSF as well as cofounder of Muso, a US-based non-governmental organization that has worked in Yirimadjo since 2005. Muso developed and implemented the healthcare model, in collaboration with the Senegal-based NGO Tostan, and the Malian Ministry of Health.

Q: Why did you decide to zero in on Yirimadjo?

A: Yirimadjo is what you could call an “arrival city.” It is a peri-urban area on the edge of Mali’s capital, Bamako — one of Africa’s fastest growing cities. These peri-urban areas are amongst the fastest growing areas in the Bamako region and in all of Mali. As populations within and beyond Mali increasingly urbanize, arrival cities like this are going to be on the front lines of efforts to improve child survival.

Q: The mortality reductions are significant. What do you see as contributing most to this reduction?

A: First, it’s important to be very clear about what we can conclude from this study and what we can’t. The study design is a repeated cross-sectional study and looked only at our area of intervention. So, we tracked child mortality before and after the launch of the intervention. We can say what child mortality was at each of those points, but because this is not a randomized controlled trial, we can’t draw causal conclusions.

The results [show a] tenfold difference in child mortality rates from baseline. What are things that could be potentially contributing to this extraordinary difference?

One key element could be reaching children early. The model that was tested in this area was built around a simple but powerful hypothesis: that is, that reaching kids early can make all the difference. The leading causes of child death in Mali and around the world are ones that progress quickly: pneumonia, diarrheal disease, malaria, neonatal illness. All of these are conditions in which hours and days matter. The later that a child gets access to the right prevention and treatment tools, the more likely that that child is to die.

Q: Three years is a short time period for achieving such reductions and strengthening a health system. What was critical to the speed at which you made this progress?

A: In order to avert these child deaths, we needed to design and build a health system that reached children with extraordinary speed. To do so, that would require rethinking and reconsidering and redefining some of the fundamentals of how health systems work.

At the health center level, we also removed out-of-pocket fees at point of care [that] are one of the most important barriers that patients face that delay or prevent access to care for the poor.

The intervention also mobilized social networks through Tostan’s community empowerment program, in which community organizers created a rapid referral network that mobilized each household to be identifying sick children early in the course of their illness and bringing those sick children to their community health worker or to the health centers the first day they got sick. That community empowerment program was building and generating demand, while the other elements of intervention opened a route for rapid access.

Q: Was the speed surprising?

A: The intervention was, of course, designed to work, but no one involved has ever seen a drop, a difference in child mortality of this magnitude this fast before. The magnitude and the speed certainly came as a surprise to all of us.

Q: How much did this intervention cost, and who funded it?

The intervention was carried out entirely through and in partnership with the Ministry of Health, and so was building off and complementing the important investments the Malian Ministry of Health is already making.

Both Tostan and Muso, as NGOs, brought in outside resources to fund and support different elements of the intervention, including user fee removal, the education and community empowerment program, community health workers, and employment and training and salaries. That funding came from a variety of sources, including several private and corporate foundations, family foundations, individuals, and USAID.

During the years of the study, in which the intervention serv[ed] an area of about 56,000 people, Muso’s budget averaged about $400,000 per year. In addition to that, there were investments by the Ministry of Health ... at all of its health centers, including the one where Muso, Tostan, and the Ministry were partnering together. And Tostan was making investments in its community empowerment program.

Q: Sustainability is critical to any successful intervention. What has happened since 2011, the third and final year of the study?

A: The purpose of the partnership between Muso and the Malian Ministry of Health is to test scalable strategies that the Ministry could then adopt and use to achieve its strategic goals for improving health outcomes for the people of Mali. In that sense, Muso has been working very closely together with the Ministry to examine the results of the study, to determine what further research is needed, and also to translate, as much as possible, the findings of this work into what’s relevant for national efforts.

Mali has since begun scaling up paid community health workers at a national level. [It] has also opened discussions, including a conference they organized in 2011, to discuss healthcare financing reform. So many elements of the intervention tested in the study relate directly to policy issues that are being actively debated within the Malian Ministry of Health currently, and being actively considered for new policy development and policy change.

Next steps for Muso, Tostan, and the Malian Ministry of Health include identifying ways to further streamline and strengthen the model that was tested. We’ve been doing that in the same area over the past couple of years. In addition to that, we’re looking toward further research and further expansion of this model to new areas in Mali in the years to come.

Q: What challenges lie ahead to scaling up or replicating this model?

A: The biggest and most important leap is our collective ability to think creatively about what a health system can and should be. The ability to redefine how health systems work, to move, for example, from a reactive model of healthcare delivery to a proactive model.

Q: What are the implications of these findings for national governments and the international community as we face the end of the Millennium Development Goals and the development of new post-2015 plans?

A: These findings invite us to boldly re-imagine what is possible as we look beyond 2015. Right now we have opportunity to set our sights even more boldly and ambitiously in the efforts to improve child survival around the world. And we should be aiming towards zero.