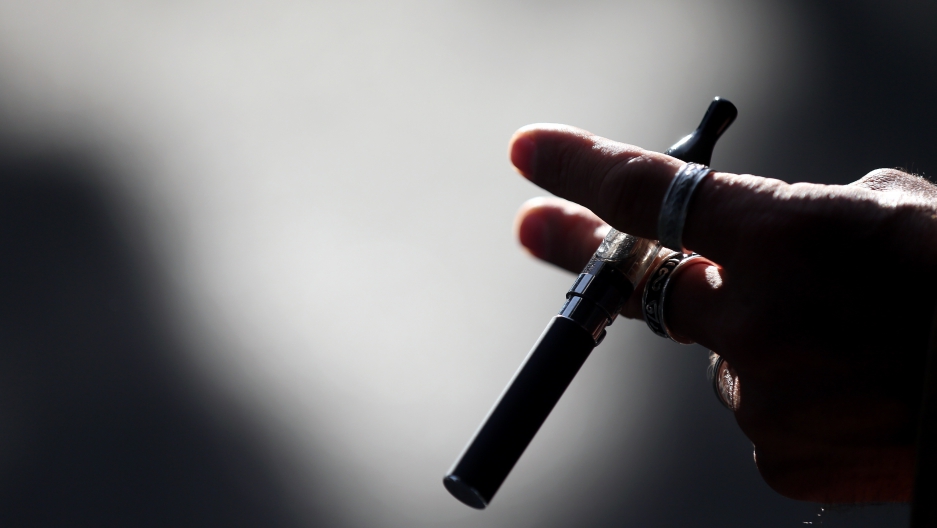 PARIS, France — It wasn’t long ago that France was a country often experienced inside a cloud of smoke. Bars were cloaked in a pungent haze and ashtrays graced the tables of most restaurants, where smokers relished lighting up between courses. If restaurants offered non-smoking sections, cigarette smoke billowing into their typically minuscule quarters made them indistinguishable.

When bars and restaurants went smoke-free in 2008, the fallout wasn’t nearly as dramatic as anticipated, however. The country found its non-smoking rhythm, which turned out not to be so different from life as usual.

Although officially smoke-free inside, expansive cafe terraces remained cigarette-friendly. Far from banishment, it meant that smokers got the choice real estate in warm weather and in winter, they could cozy up under glowing heat lamps. Terraces covered in transparent plastic, canvas or even glass screens remain cigarette havens.

Unlike some countries, smokers are not treated as rejects in France, where upwards of 30 percent of the population still uses cigarettes.

Nevertheless, change is again in the air, this time in the form of the electronic cigarette: a quiet, smokeless revolution.

In a country where 73,000 deaths per year are attributed to smoking, a healthier version of cigarettes is being welcomed.

Bertrand Dautzenberg, a pulmonologist and chair of France’s Office of Smoking Prevention, says e-cigarettes have become a “contagious phenomenon” in the last year.

“It’s marvelous news in the fight against tobacco,” he says.

Hundreds of storefronts devoted to e-cigarettes have sprung up across France and converts can be found everywhere. In a trendy bar in the Oberkampf neighborhood in central Paris, a semi-reformed smoker waves his e-cigarette around like a wand, emphasizing his points and occasionally taking sanctioned indoor drags.

Although Health Minister Marisol Touraine earlier this year announced plans to ban e-cigarettes in all public spaces, including cafes and restaurants, that hasn’t happened. And while electronic cigarettes are officially forbidden on trains as well as the Metro, other spaces are more ambiguous or left up to proprietors' discretion.

Last month, Saint-Lo in Normandy became the first city in France to outlaw e-cigarettes in public buildings, following complaints from residents about the rise in “vapor” around town.

Created by a Chinese pharmacist in 2003, the e-cigarette relies on a battery-powered atomizer that heats up a chemical solution typically composed of nicotine, propylene glycol and other chemicals. Because the inhalation process doesn’t involve combustion, e-cigarettes are generally considered healthier than conventional cigarettes. People can choose the level of nicotine they want, which means smokers trying to quit can start at a higher nicotine level and eventually taper down.

The concept of the e-cigarette isn't so different from the nicotine patch but for one crucial detail: gesture. Body language can have a significant impact, Dautzenberg says, citing the reassurance and familiarity of holding, inhaling and exhaling.

“They give the same pleasure with less expense and less danger,” he says of e-cigarettes.

A study published in November in the British Medical Journal The Lancet found that e-cigarettes had a slightly higher success rate than the nicotine patch in helping smokers quit or reduce cigarette consumption.

While e-cigarettes may be healthier than traditional cigarettes, recent studies have also questioned their safety. According to the World Health Organization, that "has not been scientifically demonstrated. The potential risks they pose for the health of users remain undetermined.”

A highly cited report published in the French magazine 60 Million Consumers described e-cigarettes as not as safe as originally and commonly assumed and potentially carcinogenic.

There is also the worry that non-smokers, particularly minors, may take up electronic smoking as a gateway to conventional smoking. Health Minister Touraine has advocated for e-cigarettes not to be sold to people under 16.

More from GlobalPost: Spain hopes to export its way out of recession

Health questions aside, many smokers in France are finding electronic cigarettes a smart economic choice. With Gauloises, Gitanes and other leading brands of cigarettes going for up to the equivalent of $8.70 to $9.30 a pack, consumers of e-cigarettes are already charting how much they can save.

Electronic cigarettes often come with free trials and typically cost between $48 and $136, with only batteries and liquid nicotine needing replacement over time. Perks include choice of flavor and varying levels of nicotine.

For doctors like Dautzenberg, the e-cigarette isn't a solution as much as a promising opportunity. “They are infinitely less dangerous than cigarettes," he says, "but of course more dangerous than smoking nothing at all.”