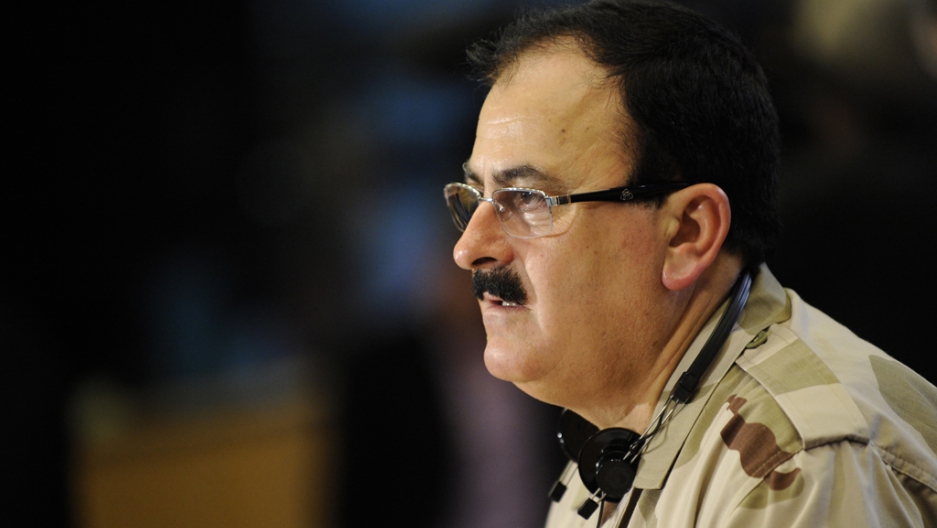 Gen. Salim Idriss, the chief of staff of the Free Syrian Army, denied reports that he had fled from his post in Syria.

He told CNN on Thursday that he had left the country, but to work from his office on the Turkish border.

US officials were cited in a Wall Street Journal report late Wednesday, saying Idriss had fled Syria for Doha, the capital of Qatar.

The Journal quoted an anonymous senior US official saying, "He fled as a result of the Islamic Front taking over his headquarters."

The Islamist takeover prompted the United States and Britain to announce Wednesday that they were suspending non-lethal aid to northern Syria, due to fears of equipment ending up in the wrong hands.

FSA spokesman Louay Meqdad responded to the decision saying, "We hope our friends will rethink and wait for a few days when things will be clearer."

However, Idriss, speaking to CNN Thursday, said the decision to suspend aid made sense.

"The situation in the north of Syria now is very complicated and very dangerous because there are some problems between some groups, and I think we will try and we should try everything now to find a solution for this problem," Idriss told CNN.

The main political opposition, the Syrian National Coalition, also confirmed that Idriss was in Turkey to hold talks.

The Islamic Front emerged last month, when six Islamist groups united their forces. A statement from the alliance announced the group was dedicated to "bringing down [President Bashar al-]Assad's regime in Syria and... replacing it with a just Islamic state."

It has since become the largest rebel unit in Syria, with tens of thousands of fighters. It doesn't include two groups affiliated with Al Qaeda: Jabhat al Nusra and the Islamic State of Iraq and the Levant.