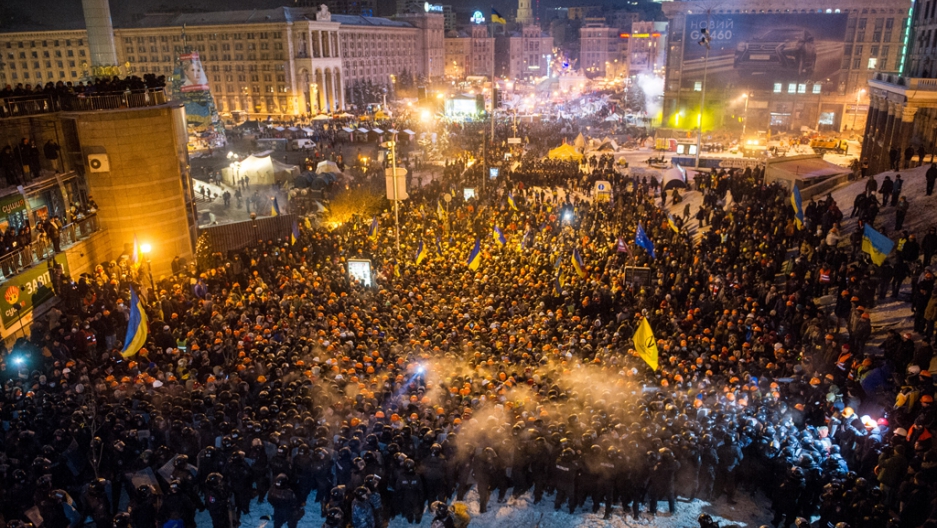 Thousands of police in riot gear attempted to wrest back control of key spaces in Kyiv from protesters overnight.

By Wednesday morning, the police had pulled back, after hours of tearing down barricades and attempting to shove protesters from Independence Square.

The police action prompted exactly the opposite: the crowds swelled to more than 10,000 people, with protesters forming human chains to block riot police access to the square.

Security forces then had to make a humiliating retreat, though several dozen protesters were reportedly injured, first.

"We have not won the war yet but we've decisively won this battle. The authorities are panicking," a protester told Agence France-Presse.

The protests began over President Viktor Yanukovych backing out of a pact with the European Union, but have expanded to include calls for his government to step down.

More from GlobalPost: Protesters in Kyiv declare victory as police stand down