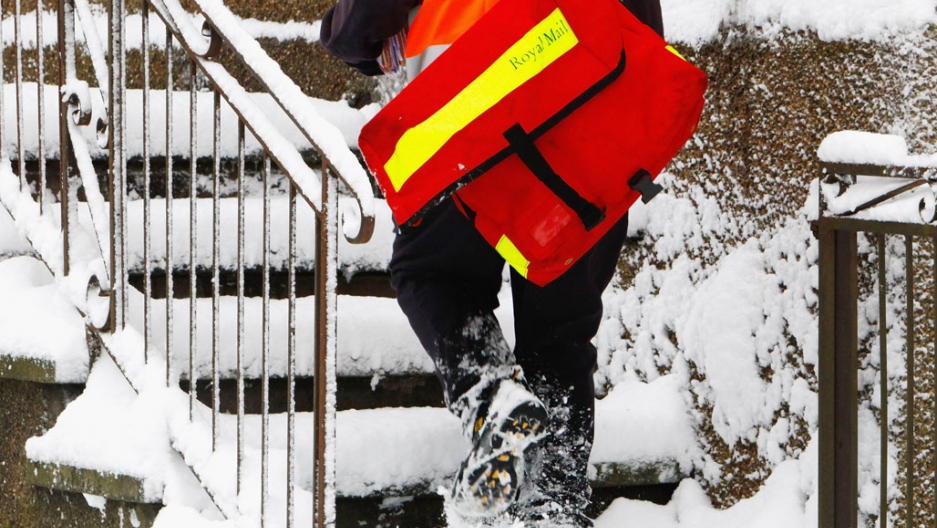 The British government privatized the Royal Mail in October, but such a change would not save the United States Postal Service or Canada Post, experts warn. Canada became the first G7 nation to eliminate home delivery on Dec. 11, 2013.
Credit: Jeff J Mitchell
Share

Faced with an ever-increasing shift to digital technologies and crippling pension payments, Canada Post announced Wednesday that it would eliminate home delivery and raise the price of a stamp to $1.

The mail carrier is losing millions annually, and faces a billion-dollar deficit by 2020.

“Canada Post has a mandate to fund its operations with revenues from the sale of its products and services, rather than become a burden on taxpayers,” the organization said in a press release. “If left unchecked, continued losses would soon jeopardize its financial self-sufficiency and become a significant burden on taxpayers and customers.”

Studies by the mail carrier and an independent body predicted $1 billion in annual losses by 2020 unless changes were made.

To avoid that fate, Canada Post announced a five-part plan:

1. Eliminating home delivery, and replacing it with community mailboxes.
2. Raising the price of stamps from 63 cents to $1 (85 cents if you buy in bulk).
3. Establishing more franchise outlets rather than stand-alone post offices.
4. Finding savings, such as greater investment in technology and fuel-efficient vehicles.
5. Eliminating 8,000 jobs (Canada Post expects 15,000 retirees over five years).

The changes begin next year, with hopes they are all implemented by 2019. Canada Post said using community mailboxes instead of personal delivery would save the company $500 million.

Furthermore, the Canadian government has given Canada Post a four-year reprieve from special payments to address a $6.5 billion deficit in its pension plan.

With the announcement, Canada became the first G7 country — the world’s strongest economies — to eliminate home delivery, the Globe and Mail reported.

Is this a uniquely Canadian problem, or could the United States Postal Service and UK's Royal Mail be next?

On Sept. 30, the USPS defaulted on a $5.6-billion pension health benefits payment.

Postmaster General Patrick Donahoe told a Senate committee at the time that the USPS was “in the midst of a financial disaster” and “burdened by an outdated and inflexible business model.”

Congress requires the USPS to save billions annually for retiree health benefits, which contributed to the carrier reaching its debt limit last year.

“The Postal Service continues to be in a financial crisis,” USPS representative Patricia Licata told CNN Money. “Without passage of comprehensive legislation as outlined in our five-year business plan, current projections indicate that we will have a dangerously low level of liquidity in the foreseeable future.”

In other words, American mail carriers are watching their Canadian counterparts closely.

So why does it look so much better in the United Kingdom?

In October, the Royal Mail joined the FTSE 100 index of blue-chip companies and its stock price has surged, according to the BBC.

It now enjoys market capitalization of six billion pounds (or nearly $10 billion) thanks to a stock price of 600 pence ($9.80).

The British government sold off 60 percent stake in the Royal Mail this October.

Is that the answer for North America?

Probably not, analyst Robert Atkinson wrote in June for the Information Technology and Innovation Foundation.

Public backlash and “Congressional meddling” stand in the way of a USPS too damaged to offer an attractive target to investors.

“If you go to privatization, you guarantee that either prices will go up, or quality will go down,” Atkinson told Yahoo Finance in October. “American voters overreact to these kinds of things… They don’t want any kind of pain inflicted upon them.”