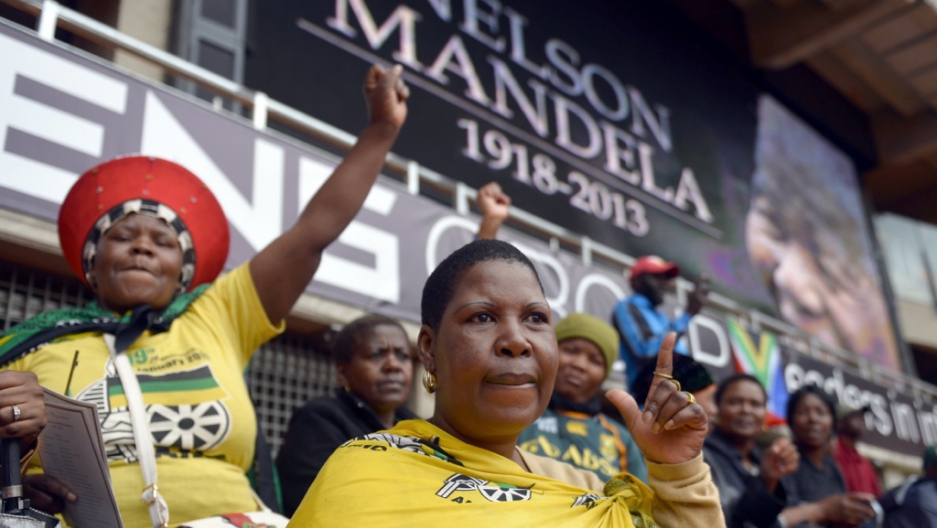 US President Barack Obama led world tributes to Nelson Mandela Tuesday, hailing him as 'a giant of history' at a rain-soaked memorial attended by tens of thousands of South Africans united in proud, noisy celebration.

The FNB stadium in Johannesburg was packed with people who came to remember South Africa's first democratically-elected leader and anti-apartheid icon.

"He was not a bust made of marble, he was a man of flesh and blood," Obama said of Mandela. "It is hard to eulogize any man... how much harder to do so for a giant of history, who moved a nation towards justice."

UN Secretary General Ban Ki-moon said, "He showed the awesome power of forgiveness — and of connecting people with each other... the true meaning of peace."

The memorial service — a prelude to Mandela's state funeral on Sunday, Dec. 15 — began around an hour behind schedule, at 12 p.m. local time and wrapped up around four hours later.

By late morning, thousands were filing into the stadium in the city's Soweto area amid long lines and pouring rain. Many of the venue's 95,000 seats went empty, possibly due to the wet weather or the fact that the service took place on a work day.

Cyril: rain is a blessing in African tradition. This is how Mandela would have wanted to be sent off.

"When it rains when you are buried, it means your gods are welcoming you and the gates of heaven are most probably open as well," Ramaphosa said.

More than 70 current or former world leaders were expected, more than have attended any such service since Pope John Paul II's funeral in 2005.

But the biggest cheers are for Winnie Madikizela-Mandela as she enters the stadium. Fever pitch.

The stadium was the site of Mandela's final appearance in public, when he attended the 2010 soccer World Cup final.

Here is the full text of Obama's speech: