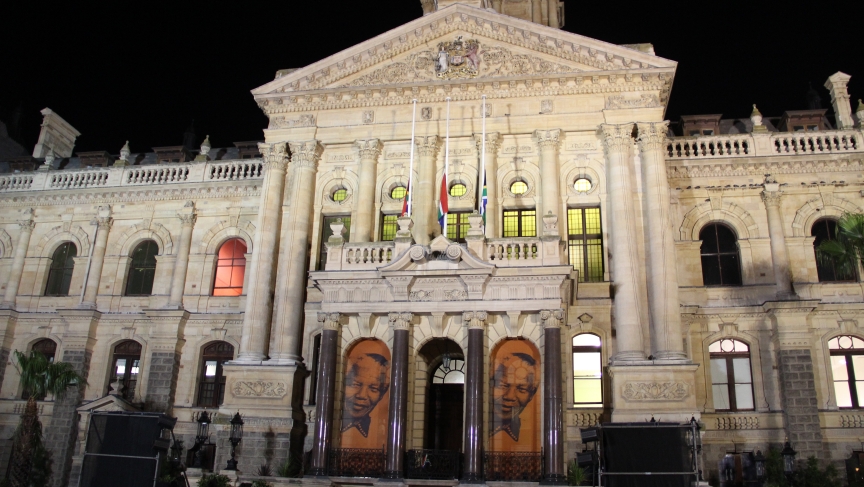 City Hall, in the heart of Cape Town, is a majestic limestone building with pillars nearly three stories high. It was here that Nelson Mandela made his first public appearance after being released from Robben Island Prison in 1990.

He stood on the balcony and addressed tens of thousands of people of all races and creeds who were packed into a sprawling plaza across the street. On that historic day, the plaza — called the Grand Parade — was the meeting ground for a new South Africa. In the years since, though, it had come to resemble a flea market in an abandoned parking lot.

By day, street vendors peddle cheap goods in the plaza to a stream of pedestrians from the nearby train and bus stations. Tourists snapping photos are frequently asked for spare change. By night, the plaza is virtually empty — and has a reputation for crime.

The desolation of the Grand Parade says something of Cape Town’s city life.

The majority of residents live in suburbs that are largely divided along racial lines. The most affluent neighborhoods are populated almost entirely by whites, with homes often barricaded by high walls and electric fences. Meanwhile, most black and “colored” (mixed-race) South Africans live in lower-income areas, including poverty-stricken townships on the outskirts of the city that were set aside for non-whites by the former apartheid government.

On weekdays, suburban whites pour into Cape Town’s central business district — usually by car — and occupy the city’s skyscrapers and office buildings. The Grand Parade and a nearby underground mall are filled with working-class blacks.

After working hours, a frenetic rush to get home ensues, particularly among the more affluent. By 6pm, Cape Town is basically a ghost town, and local hotels advise guests to avoid the Grand Parade.

Except, that is, for the past few nights.

Since Nelson Mandela’s death, the plaza has been converted into a large memorial. On Sunday, thousands gathered to pay tribute to Mandela. Flower bouquets lined the street in front of large images of the former president.

“I don’t know the last time I was here,” said Melarn Raynard, 36. “I was afraid to come down here, for security reasons.”

Her friend Lisa Swaine, 27, took a moment to reflect on the changes Mandela brought to South Africa. She is white and gestured toward Raynard, who is colored.

“We come from different cultures, and we are so close. And this might have not been possible [if it weren’t for Mandela] — we might have never met,” she said.

Around them, a large group of people from Gugulethu — a black township — sang and danced. Visitors, many of them white, signed a tribute book.

Raynard said it was nice to see such an eclectic mix of people here, in a part of the city that is so rarely visited by the well-to-do. It made her feel optimistic about the future of her country, and her city.

“I feel, in Cape Town, there’s a lot of work to be done, in terms of racial integration,” she said. “But we’re getting there.”

Then, alluding to the title of Mandela’s autobiography, she added: “It’s a long walk to freedom.”