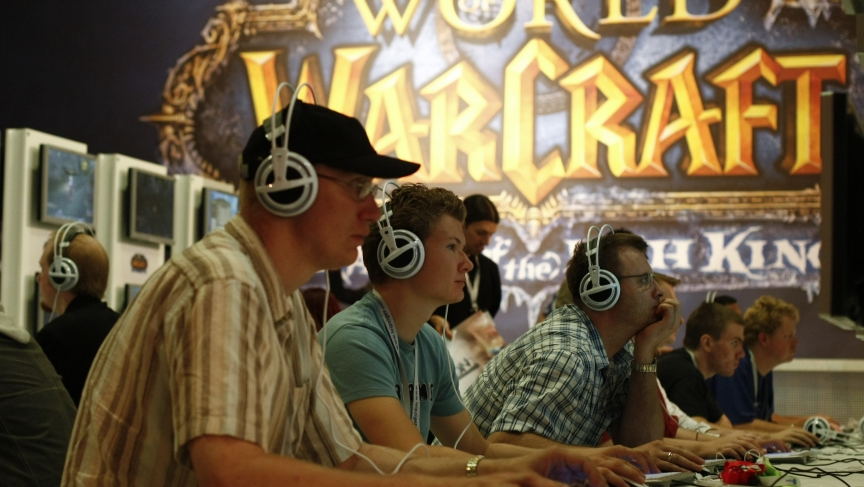 Visitors play the online game World of Warcraft at an exhibition stand at the Games Convention 2008 in the eastern German city of Leipzig.

Tech firms, like Apple, Google, Facebook and other heavy hitters, published an open letter to the White House and Congress Monday morning calling on them to stop the massive collection of data by the National Security Agency.

At the same time, though, news broke about the latest surveillance controversy. Spies, it turns out, come in mutant forms: gnomes, night elves or perhaps even a worgen.

That is, British and American intelligence agencies apparently infiltrated several online gaming worlds such as World of Warcraft and Second Life.

"The concern back in 2007, 2008, was that these worlds were unregulated and could be used as safe havens for someone who wanted to plant an attack," said journalist Mark Mazzetti who broke the story for the New York Times.

Intelligence agencies were concerned not only with the possibility that terrorist organizations might be using virtual platforms like World of Warcraft and Second Life as cover for covert communication, but also as a means of moving money.

"[World of Warcraft and Second Life] have their own currencies and the worry was that these currencies could be used to move money outside of normal financial regulations," Mazzetti said.

But many gaming and intelligence experts Mazzetti spoke with were rather skeptical of this imagined scenario.

"If you are a terrorist, this is not the safest place for you to be operating in," Mazzetti said.

The games are highly regulated by the gaming companies themselves, who pay close attention to game traffic and financial activities.

However, it seems there were so many agents playing and snooping on these games that they actually had to develop a "deconflict" system to identify each other because they were virtually bumping into each other.

It's unclear from the leaked documents what the spying actually uncovered — and whether or not the spying continues.

"I still have questions about exactly what they may have found out about these worlds, whether the terrorists were there or not," Mazzetti said.