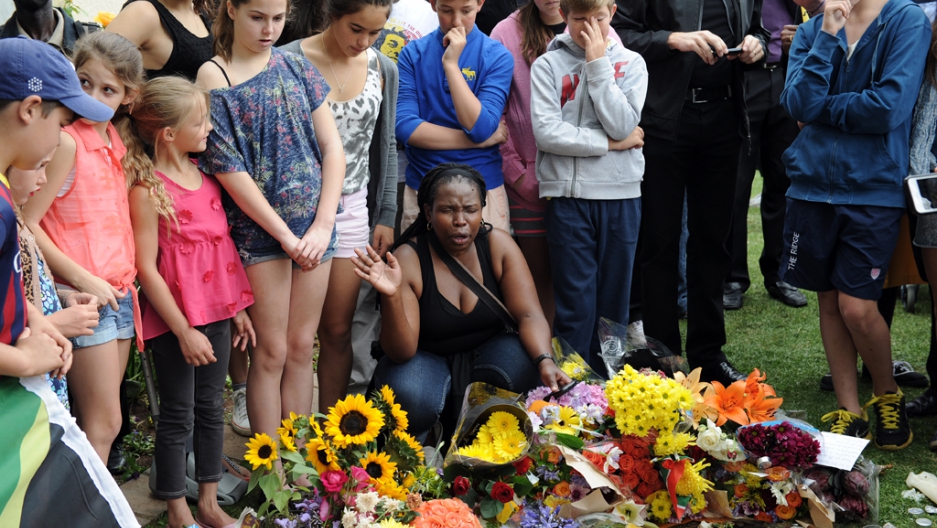 As the world bids farewell to the iconic anti-apartheid freedom fighter Nelson Mandela, the South African government has prepared a schedule to mourn its former leader.

Mandela, who passed away peacefully on Thursday at 8:50 p.m. local time, will be given a full state funeral.

A coffin draped with the South African flag carried Mandela's body from his house in Johannesburg to a military morgue in the capital, Pretoria.

He will be buried in his rural home in Qunu, on Dec. 15, 2013, after an official memorial service in Johannesburg on Dec. 10.

Mandela's body will lie in state in Pretoria from Dec. 11 to 13.

Flags flying half mast at the Cape Town City Hall where Madiba gave his first public speech after freedom pic.twitter.com/AaEi1ezKHA

Across the country, flags were flown at half-mast on Friday, as people sang and prayed in memory of Mandela. Sunday, Dec. 8, will be marked as a national day of prayer and reflection.

The White House said President Barack Obama would be heading to South Africa next week to attend services.

"President Obama and the First Lady will go to South Africa next week to pay their respects to the memory of Nelson Mandela and to participate in memorial events," said White House spokesman Jay Carney.

Former President Bill Clinton, former Secretary of State Hillary Rodham Clinton and other officials are also likely to travel to the country.