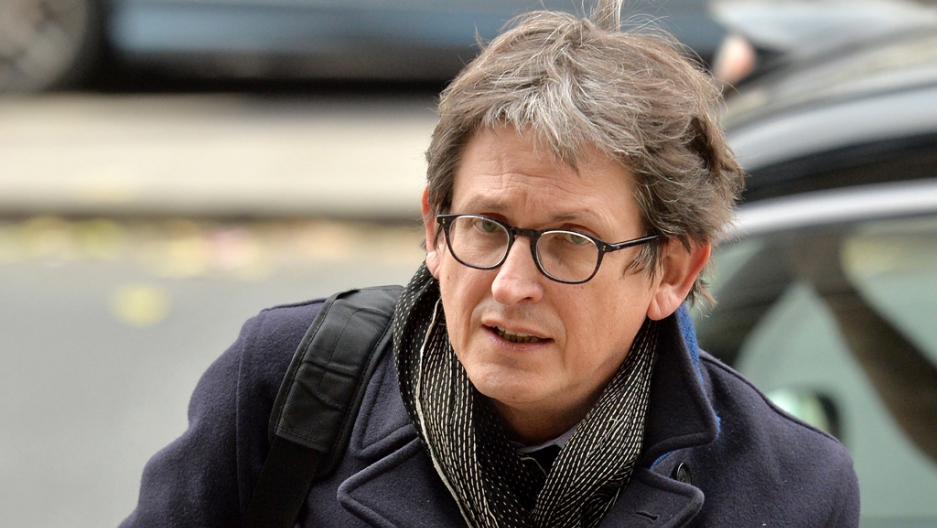 The editor of Britain's Guardian newspaper, Alan Rusbridger, arrives at Portcullis House in London on December 3, 2013, to appear before lawmakers to defend his newspaper's publication of intelligence documents leaked by former US intelligence analyst Edward Snowden.
Credit: BEN STANSALL
Share

The editor of the Guardian, the newspaper that published a bulk of the stories about the US National Security Agency's mass surveillance, appeared before a parliamentary committee in London on Tuesday.

Alan Rusbridger defended his newspaper's decision to publish stories based on documents leaked by ex-NSA contractor Edward Snowden, telling the committee the information was in the public's interest.

Rusbridger pushed back, saying he felt the actions of the government were "designed to intimidate the Guardian."

The UK's senior counter-terrorism officer, Assistant Commissioner Cressida Dick, said British police were looking into whether the newspaper's staff could face criminal charges in relation to the Snowden documents.

"It appears possible once we look at the material that some people may have committed offences," Dick said. "We need to establish whether they have or they haven't."

While security officials were worried that the names of British spies could be among the documents Snowden had, Rusbridger told the committee such information was withheld during publication.

Lawmakers suggested to Rusbridger that he had committed an offence under Section 58A of Britain's Terrorism Act, which makes it a crime to publish information about the armed or intelligence services.

"We have published no names and we have lost control of no names," Rusbridger responded.

Asked about Section 58A offenses, Dick said, "Yes, indeed we are looking at that."

A breach of the anti-terrorism law carries a sentence of up to 10 years in prison.

Prior to Rusbridger's appearance, major American media organizations wrote a letter expressing their "grave concern over pointed calls by those in authority for censorship of The Guardian and criminal prosecution of its journalists in the name of national security."

"Such sanctions, and the chilling impact created by even the threat to impose them, undermine the independence and integrity of the press that are essential for democracy to function," the letter read.

The letter was signed by The Reporters Committee for Freedom of the Press, The New York Times, The Washington Post, ProPublica and others.

Here is Rusbridger's entire testimony, via the Guardian: