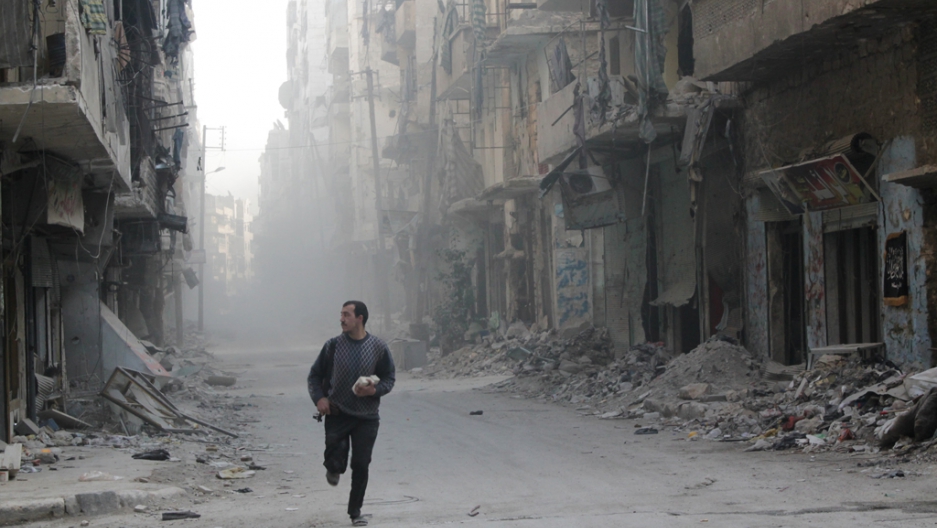 A rebel fighter from the Free Syrian Army runs in a street of Aleppo's Salah al-Din neighbourhood during fighting against Syrian government forces on November 18, 2013.
Credit: AFP
Share

More from GlobalPost: Syria has become a terrible place to be a woman

In order for Syrian officials’ war crimes and crimes against humanity to be prosecuted by the International Criminal Court, the UN Security Council must refer Syria to the ICC. Pillay has previously called upon the Security Council to do that, but it is believed that Russia and China would veto such a move.

The UN announcement came the same day that the Syrian Observatory for Human Rights, a United Kingdom-based monitoring group, reported that the death toll from the Syrian conflict had risen to 125,835 as of Dec. 1.

The group counted 27,746 deaths among opposition fighters and 50,927 deaths among Assad’s supporters. Some 44,381 civilians, including 6,627 children, have also died, the group said.

Included in the count are 232 Hezbollah members and 265 other non-Syrian Shia fighters.

Meanwhile, skirmishes continued in Syria. Residents reported that Syrian rebels had taken control of parts of the ancient Christian town of Maaloula in the Qalamoun region near Damascus after an attack that began three days ago. Many residents of Maaloula had fled to Damascus, fearing a crackdown on Christians.

And a mortar shell fired from Syria fell in the town of Majdal Shams in the Israeli-occupied Golan Heights on Monday.

"A mortar shell hit the northern Golan Heights but caused no damage or injuries," an Israeli military spokeswoman told Agence France-Presse. She added that it appeared to be "errant fire."

The Israeli-occupied sector of the strategic plateau has been tense since the start of the Syrian conflict in 2011.

So far, there have only been minor flare-ups as Syrian small arms fire or mortar rounds hit the Israeli side, prompting Israel to respond occasionally.