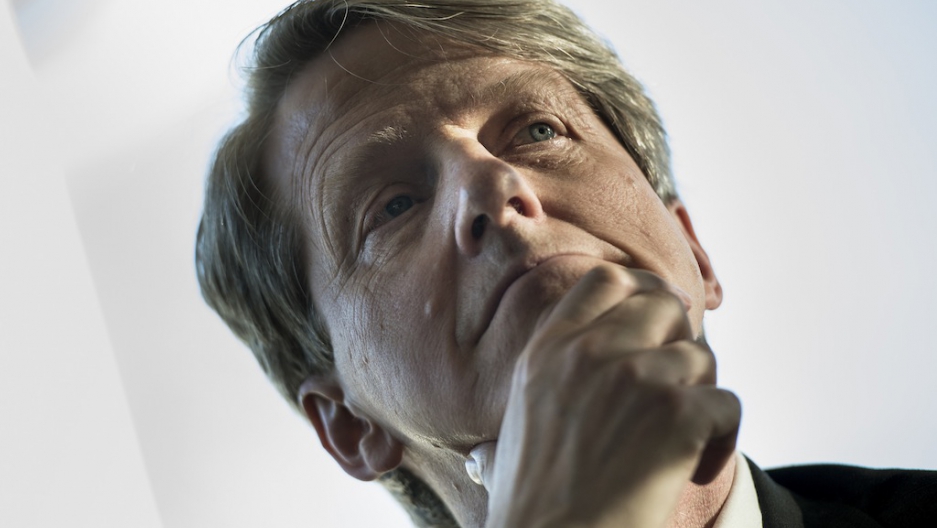 American economist Robert Shiller warned of a US stock market bubble on Sunday, telling the German Der Spiegel magazine that while he was not yet "sounding the alarm," he did believe the rapid rise in property prices and equity "could end badly"

"I am not yet sounding the alarm. But in many countries stock exchanges are at a high level and prices have risen sharply in some property markets," Shiller told Der Spiegel. "That could end badly," he said.

"I am most worried about the boom in the US stock market. Also because our economy is still weak and vulnerable," he added, saying he believed the technology and financial sectors were valued too high.

Shiller, a Yale University professor, was jointly awarded the 2013 Nobel Prize in Economics with Eugene Fama and Lars Peter Hansen “for their empirical analysis of asset prices."

In mid-November, attending a housing conference at the Federal Reserve Bank of Dallas, Shiller gave remarks to similar effect.

“Expectations have been gradually going up; they haven’t reached bubble-level expectations yet,” he said, adding that housing market bubbles are often affected by mass psychology, not sound economics.

“A speculative bubble is a kind of social epidemic of enthusiasm,” he said. “The contagion is spread by word of mouth and media-driven and also partly price-driven."