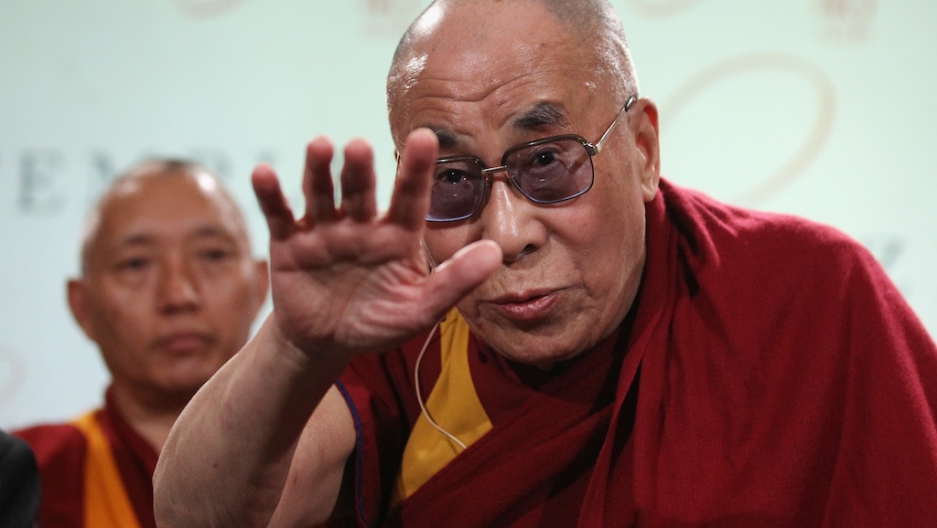 In an effort to bolster diplomatic and economic relations with China, UK Prime Minister David Cameron will in the future keep his distance from Tibet's spiritual leader, the Dalai Lama, according to an unidentified source from Cameron's office.

The news comes as Cameron is scheduled for a three-day visit to China, where he's expected to focus on fostering trade connections. (China is the world's second largest economy and Cameron is taking with him 100 business people.)

"This visit is forward looking. We have turned a page on that issue," an unnamed source told the Guardian after being asked if Cameron would address the issue of Tibet during his visit.

"It's about shifting UK relations up a gear and looking to the future," the source added.

The diplomatic row between the two nations began last April, when the prime minister had to cancel his trip to China after Beijing said its leaders would not be available to meet.

No official word came down saying China had snubbed the UK because Cameron and Deputy Prime Minister Nick Clegg had met with the Dalai Lama in May 2012. Instead, Beijing said its politicians needed to concentrate on the much anticipated power transfer.

However, many believe it was because of the meeting with the Dalai Lama, who Beijing considers a separatist. There is supporting evidence for this theory. China had sent for the UK ambassador and said the Dalai Lama's visit had "seriously interfered with China's internal affairs."

Beijing had urged Britain to "correct the error." And it appears they have, though many human rights groups will not be pleased with the UK's new stance.

A Free Tibet campaign spokesman said the prime minister had forgotten the ethical part of his foreign policy.

“It’s vital that David Cameron speaks frankly and clearly about Tibet while he is in China. He was willing to raise human rights in Sri Lanka and he needs to show that Britain’s principles are not dependent on the wealth of his host,” the spokesman said.

“In Tibet this year, we’ve seen security forces firing on unarmed protesters, Tibetans killed in custody and people arrested and disappeared simply for having images of the Tibetan flag on their phones," the spokesman added. "China is tightening the screw on Tibet."