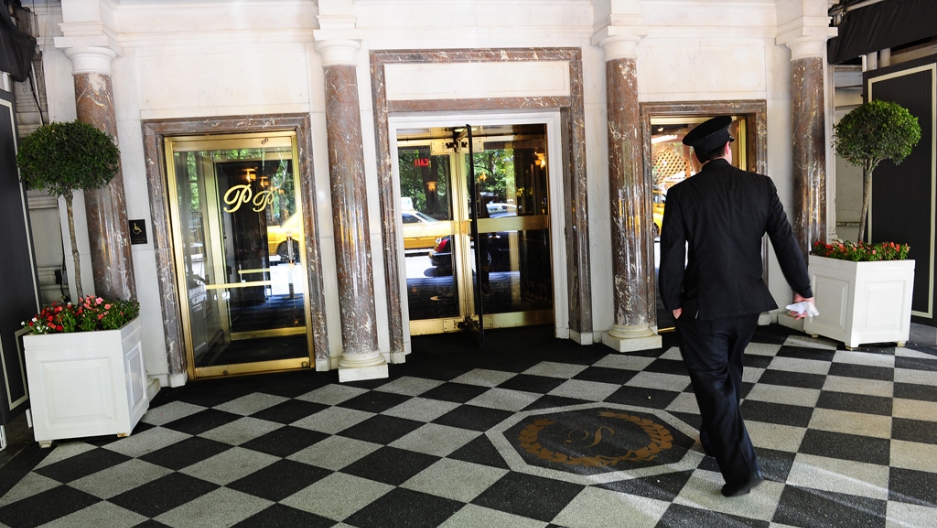 You may not be able to afford to live there. You may not even want to.

But the world's 10 most exclusive streets beckon nonetheless, with gorgeous views, proximity to shopping and just plain ginormous houses.

Based on how much a square meter of real estate sells for — data provided by real estate consultancy Knight Frank — Billionaire.com compiled the following list of the world's Top 10 most expensive streets:

According to Billionaire.com, it's the world's most expensive street, boasting glorious views of Victoria Harbor and an average price of $120,000 per square meter. The super-rich have lived on the mountain since back in the day, the only major difference being that they used to be carried up and down the steep slope in sedan chairs. Prominent residents include Stephen Chow, a local movie star.

This street in west central London has some of the most expensive property in the world — average price per square meter: $107,000. Known as "Billionaires' Row," the tree-lined street is home to the Duke and Duchess of Cambridge and many national embassies.

Since the recession, houses on the palm-tree-lined seaside way in this principality have been going for a measly $86,000 per square meter, but at their height, according to Knight Frank, rates were as high as $135,000 per square meter. Famous neighbors include the Italian tenor Andrea Bocelli and Danish model Helena Christensen.

According to Billionaires.com, this boulevard holds the title for most expensive, non-urban street. Nestled along the Mediterranean Cote d'Azur, Cap Ferrat (or "The Cap," as it is affectionately called) is a little peninsula where the average square meter goes for $79,000. Brad and Angie reside here, as did Charlie Chaplin, way back when.

Paterson Hill is in promixity to the famous shopping district along Orchard Road in Singapore. (Chris McGrath/Getty Images)

Paterson Hill is a cul-de-sac in Singapore, located very close to the well-known shopping district along Orchard Road. Real estate goes for $42,500 per square meter, and its most expensive condo, according to Billionaires.com, is "The Marq, which features one highlight condo with interiors designed by Hermès, and a private lap pool cantilevered outside each apartment." Famous residents include Facebook co-founder Eduardo Saverin and former Miss Singapore, Rachel Kum.

Close to Lake Geneva, Chemin de Ruth is located in the heart of Switzerland’s Cologny. Many properties on the street, where an average square meter goes for $37,000, have views of the famous Jet d’Eau, the United Nations buildings and the headquarters of the World Economic Forum. Famous residents include France's Peugeot family.

Winding Romazzino's Hill is one of the most exclusive areas in Sardinia's Costa Smerelda. The average square meter goes for $32,900, and many wealthy Middle Easterners reside there, including Saudi Arabian politician Ahmed Zaki Yamani and Qatar royal family members.

Ostozhenka in downtown Moscow is home to The Kremlin, the Pushkin Museum and the Cathedral of Christ the Saviour — as well as Russian oligarch Alisher Usmanov. An average square meter goes for $29,000. The most expensive streets in Russia, it's also one of the country's oldest.

Fifth Avenue has long been home to wealthy Americans, particularly the stretch between 59th and 96th, which fronts Central Park. The street is home to the Empire State Building, the Rockefeller Center and Saks. An average square meter goes for $28,000, a pretty penny that actor Bill Murray and newscaster Tom Brokaw, among others, are willing to pay.

Marlene Dietrich lived there before she died, so it's got to be pretty fancy. Avenue Montaigne in Paris is known for French high-fashion. Located in the 8th arrondissement in the Champs Élysées quarter, an average square meter on this street goes for $26,000. This 350-year-old avenue has also been the target of two high-profile heists.