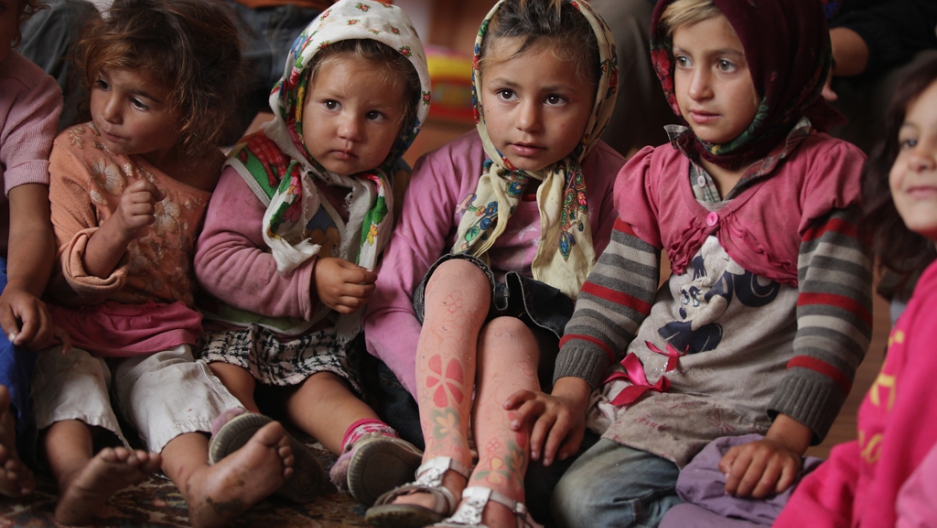 Last year Greek and Irish authorities did something truly ironic. In three separate incidents, they took blond, blue-eyed children away from their Roma families and put them in state care. Why? They saw their light skin and assumed the kids must have been — wait for it — stolen from their families.

The Roma are a linguistically and culturally diverse group of people who originated from northern India about 1,500 years ago. They make up Europe’s largest ethnic minority, with at least 10 to 12 million members. Most Roma are European Union citizens. But even though they've lived in Europe for more than 700 years, they’re still treated with suspicion and hostility.

DNA tests now confirm that all three of the blond children are Roma, but an informal witch hunt had already begun, feeding into centuries of superstition that the Roma steal children.

Meanwhile, France was busy deporting a 15-year-old Roma teenager to Kosovo — part of a longstanding policy of expelling Roma residents. Thousands of French high school students took to the streets in protest. Arresting her in the middle of a field trip? Not cool. Escorting her immediately to the airport? Not cool. Sending her “back” to a country she’s never been to? Not cool.

But here’s the thing — despite all the international news coverage, October wasn’t unusual. Anti-Roma racism happens all over Europe, pretty much all of the time. It ranges from everyday intolerance, to deeply embedded discrimination in education, employment, healthcare and housing, to open hate speech and hate crimes.

Europe’s economic downturn has only made things worse for the Roma, creating tension in communities where money is tight and the migrant population is growing. Instead of working toward an understanding, some politicians have taken to blaming the Roma.

In November, UK Member of Parliament David Blunkett warned that Roma migrants could trigger a race riot: “We have got to change the behaviour and the culture of the incoming community, the Roma community, because there's going to be an explosion otherwise.”

This type of rhetoric matters. It stigmatizes Roma people and deepens prejudice. It also fuels extremism and in some cases, incites violent attacks against Roma communities. Yet many European politicians seem eager to repeat the mistakes of the past.

Here are some unbelievably racist statements they've made recently.

(Note: The Nazis and their partner countries killed up to 220,000 Roma during the Holocaust.)

2. Manuel Valls, minister of the interior and member of the National Assembly, France

Sept. 25, 2013: “The majority [of Roma] should be delivered back to the borders. We are not here to welcome these people. I'd remind you of [former Socialist Premier] Michel Rocard's statement: ‘It's not France's job to deal with the misery of the whole world.’”

(Note: Valls was born in Barcelona to Spanish immigrant parents.)

A Roma schoolboy writes on the blackboard at the only school in Bucharest, Romania. (Daniel Mihailescu/Getty Images)

Sept. 20, 2013: “It is a general problem, and in relation to those schools where the number of Roma is significant, if there is indifference, if there is disarray, of course I would not allow my child to attend that school.”

4. Jean-Marie Le Pen, member of the European Parliament and president of the Front National Party, France

July 5, 2013: “I'll give you a prognosis: you have some concerns, it appears, with a few hundred Roma who have a stinging, let's say stinking, presence in the city ... that's just the tip of the iceberg. I announce that within 2014 around 50,000 Roma will arrive in Nice. Also, from the 1st of January, the 12 million Roma that live in Romania, Bulgaria and Hungary will have the possibility of moving in all the other European countries.”

5. Per Sandberg, member of Parliament and deputy leader of the Progressive Party, Norway

May 2, 2013: “At the borders, police can [under existing laws] stop organized groups of Roma, Bulgarians or French because we know from experience that these people disrupt the peace and it has also been proven that many of them engage in criminal activities.”

Jan. 5, 2013: “A significant part of the Roma are unfit for coexistence. They are not fit to live among people. These Roma are animals, and they behave like animals. When they meet with resistance, they commit murder. They are incapable of human communication. Inarticulate sounds pour out of their bestial skulls. At the same time, these Gypsies understand how to exploit the 'achievements' of the idiotic Western world. But one must retaliate rather than tolerate. These animals shouldn't be allowed to exist. In no way. That needs to be solved — immediately and regardless of the method.”

Sept. 5, 2012: “These are gypsies, a culture synonymous with swindlers. The phrase gypsy and cheater have been so interchangeable historically that the word has entered the English language as a verb: he gypped me. Well the gypsies have gypped us. Too many have come here as false refugees. And they come here to gyp us again and rob us blind as they have done in Europe for centuries … They’re gypsies. And one of the central characteristics of that culture is that their chief economy is theft and begging.”

Aug. 25, 2012: “We need to roll back these hundreds of thousands of Roma outlaws. We must show zero tolerance towards Roma crime and parasitism.”

Sept. 29, 2011: “ ... thousands of Bulgarians have been killed, raped and robbed in their own homes in the villages by gypsy gangs.”

Nov. 3, 2010: “We have one more problem which must be stated and which makes the integration of nomadic Roma difficult — very few of them want to work. Many of them, traditionally, live off what they steal.”

Residents in the Czech town of Ostrava, protesting against Roma people on Sept. 27, 2013. (RuptlyTV via YouTube)

Dec. 5, 2010: “They are shouting in the streets, threatening people, including with knives, and committing theft and rape. While all decent people are at work, the Gypsies hang out on the benches on the town square, contentedly shooting the breeze.”

October, 2010: “These are dark-skinned people, not Europeans like you and me …. Our final goal is to have zero Gypsy camps in Milan.”

July 6, 2010: “It is completely unacceptable that we have people who evidently reside illegally in Denmark in order to commit crime. There will be a whole series of police actions and there will be no softness. If the Roma have no money on them when apprehended, they should be expelled immediately.”

14. Marian Kotleba, leader of the People’s Party “Our Slovakia”, Slovakia

November, 2009: “With your trust, I can … do away with unfair favouritism for not only Gypsy parasites.”

(Note: The quotation was printed on campaign leaflets for Kotleba, handed out during the 2009 elections. Earlier this month, Kotleba received 20 percent of the vote in regional elections and has advanced to the second round of voting for the governor of the Banská Bystrica province.)