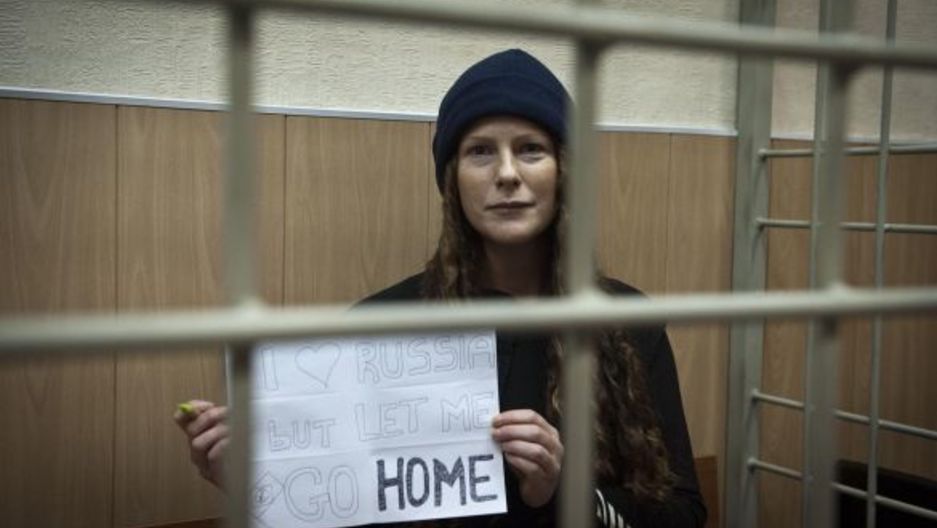 Ana Paula Alminhana Maciel left a Russian prison today, free on bail, as she awaits trial for protesting against a Russian oil drilling platform in the Arctic. The Brazilian is the first to be released of an international group of Greenpeace activitists known as the Arctic 30.

The group was arrested in September while protesting, when Armed Russian Coast Guard sailors stormed the Greenpeace ship Arctic Sunrise.

Maciel walked out of a courthouse holding a sign that read "Save the Arctic." At least 19 others have been granted bail and are expected to be released on the weekend. Others will have bail hearings this week. One person, Australian Colin Russell, will been detained until trial, apparently because he is judged at risk of fleeing Russia.

Anton Beneslavsky, a Russian lawyer on the Greenpeace legal team, says the first release was a measure of progress. Yet he characterized the trial of the Arctic 30 as being more a political circus, than a quest for justice.

In another hearing, judges agreed to free the American skipper of the Arctic Sunrise, Peter Willcox, pending trial. The 60-year-old Greenpeace activist was the skipper of the Greenpeace ship Rainbow Warrior when it was sabotaged by French agents in 1985. He was led out of the courtroom in handcuffs by Russian policemen and returned to prison until bail is posted.