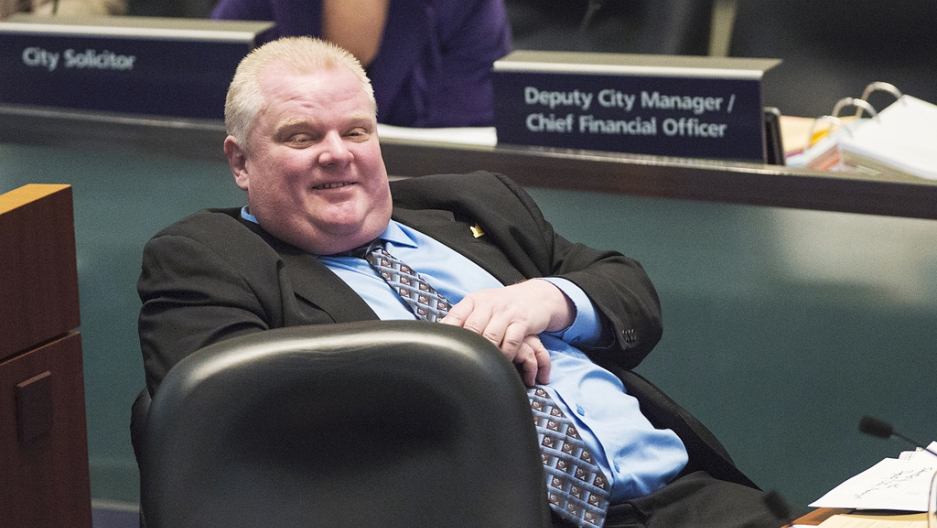 Rob Ford cannot catch a break even if he wanted one.

Toronto's mayor is caught up in so many scandals big and small that it's becoming hard to keep track of them.

Ford has continually balked at stepping down from his position. Instead, he has suggested a weight loss program to help him deal with his substance abuse and asinine behavior.

Seems like a harmless goal but with Ford nothing is ever controversy-free.

On Wednesday, a picture of the mayor working out alongside trainer Valerio Moscariello, a convicted steroid trafficker, were uploaded on Moscariello's Instagram account.

The trainer was slapped with a 12-year ban from coaching in Canada for administering steroids in 2009. He also served five months in a Nevada prison for selling the substances over the internet.

In the photo, the mayor is shown behind a howling Moscariello, with the caption reading: “Toronto Mayor Rob Ford joins forces to get in shape with Teambodypro.com.”

It remains unclear if Moscariello is training the mayor but he said on social media: "Putting Toronto mayor Rob Ford through a Valerio workout. The BodyPro training system!!!” on Tuesday night.

The trainer later told the National Post that he was indeed training the mayor as late as last night.

The photos were later taken down.

The mayor, who has admitted to substance abuse and has allegedly consorted with criminals of all kinds, could not be reached for comment as his spokesperson was recently let go.