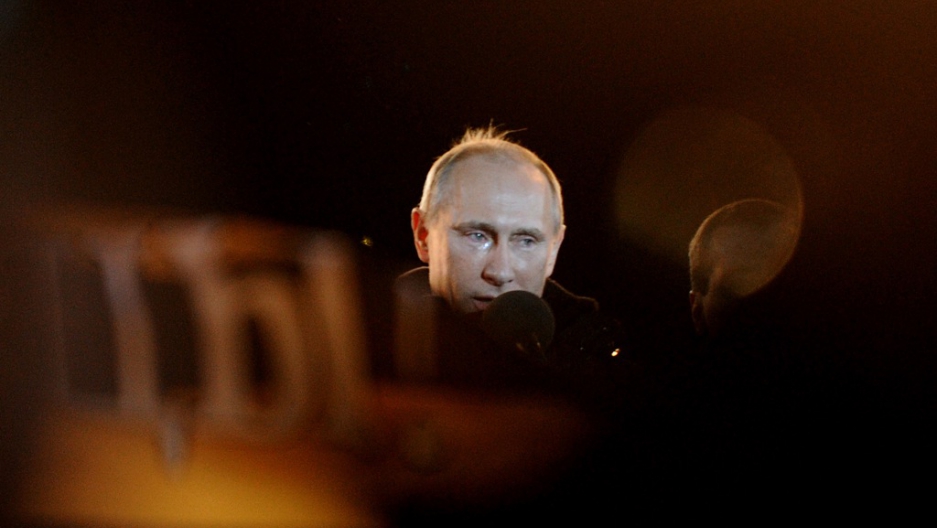 Vladimir Putin with tears in his eyes on a different occasion — having just won yet another election.
Credit: NATALIA KOLESNIKOVA
Share

All this was during a performance of the song 'You Know, I Really Want to Live' by Russian band Rozhdestvo ("Christmas"), according to The Guardian. The group was accompanied by a video screen showing images of police officers who died on duty.

The audience was made up of police and veterans who rose to their feet during the song, apparently on Putin's cue. The touching ballad was followed by a moment of silence for fallen officers, The Guardian said.

The newspaper pointed out that Putin is no stranger to tears in public, having cried during his last inaugural address in May.

Despite his softer side, Putin is still a hard man.

On Wednesday, during a state visit to South Korea, Putin was awarded grandmaster rank in taekwando. That put Putin, who actually practices judo rather than taekwando, at a higher rank than martial arts master Chuck Norris.