Take a quick look at the books on your bookshelf. How diverse are they? How often do you read a book from an author who comes from a part of the world unknown to you?

Well, for Ann Morgan, journalist and author in the UK, that question turned into a year-long, intensive experiment. She decided to read a book from every country in the world. And to do it in one year.

(Here are Ann Morgan's book picks...  and there's a cool time-lapse video at the end of this article.)

"I looked at my bookshelves after someone made a comment making me think about my reading habits. And I suddenly realized that all the books on the bookshelves were by British or American writers. There really wasn't much else. A few Australian writers maybe, a couple of Indian novels, but nothing else really," she says.

That's how she came up with the challenge to read a book from every country.

Morgan says she had no idea where to begin. So, in late 2011, she set up a blog "AYearofReadingtheWorld.com" and posted a note asking readers to help her find books from their parts of the world.

She wasn't sure what response she would get or if anyone would contact her.

But sure enough, within four days of posting the note, a woman called "Rafida" from Kuala Lumpur got in touch. She said she loved the project and wanted to help. So she mailed her a book from Malaysia.

Then, the messages just poured in.

Another person who had seen Morgan's blog put her in touch with a Burundian writer, Marie-Therese Toyi.

"She told me she had written a book in English, which I was very keen to get hold of because, as far as I could find, there were only books in French from Burundi," says Morgan.

The writer got back to Morgan and sent her a copy of her novel, wishing her good luck in her quest.

Then there was the time when she had to find a book from South Sudan, then the world's newest country. 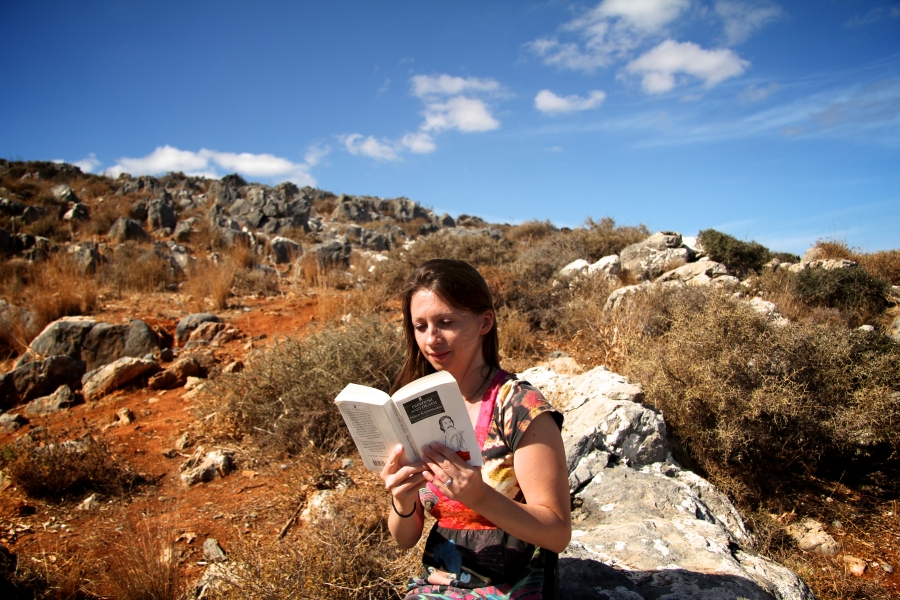 "It had come out of a massive civil war and had huge challenges to overcome. There weren't roads, there weren't hospitals, and I was pretty sure there weren't publishers really doing much work there," Morgan says.

Julia Duany, a writer from South Sudan, wrote a story specially for her blog and did a reading of it that Morgan could put on her blog.

Morgan says the enthusiasm of people and their interest in what she was doing kept her going through that year.

"Reading four books a week or, as it worked out, one book every 1.87 days, and writing blog posts, and then doing all the research to find the books and check out people's suggestions was almost a full-time job. Except that I was already working full-time," she says.

But in the end, Morgan insists it was worth it. For her, reading so many books from so many different places made her "see the world through the eyes of other people."

She quotes from a Qatari novel by writer Abdul Aziz al Mahmoud, called the "Corsair" to express what she learned:

"You would think differently if this land were your land and these people were your people."