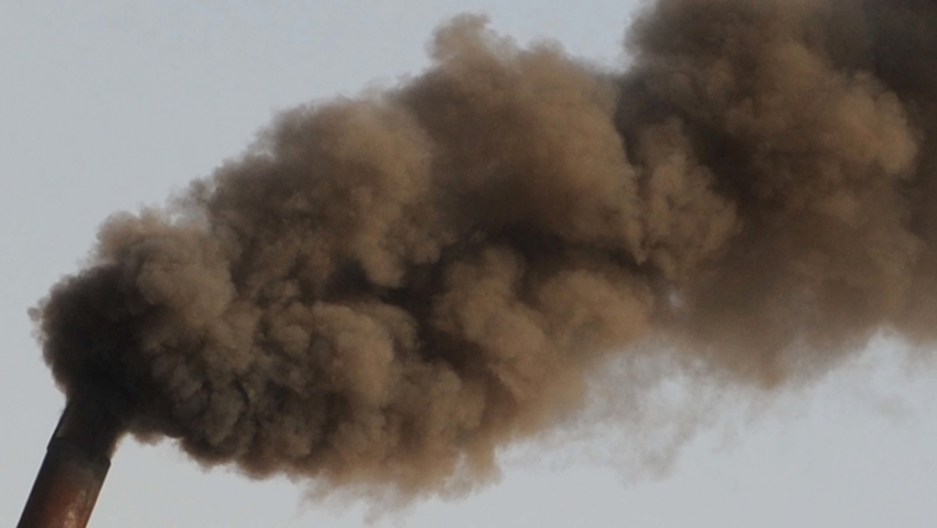 LIMA, Peru — Latin America’s new oil rush may delight the region’s treasury ministers, but the extra greenhouse gases it will unleash will only deepen the world’s climate crisis.

Among the biggest is Brazil’s Libra deep-sea oil field, in the southern Atlantic, which was awarded to a consortium including Shell and two Chinese firms in October.

President Dilma Rousseff’s administration estimates Libra holds between 8 billion and 12 billion barrels of oil. The highly technical and energy-intensive process of extracting it is expected to cost some $185 billion over the next three decades.

As a result, the Brazilian government expects to pick up $400 billion in royalties over the lifetime of the reserve.

But according to Greenpeace Brazil, burning the oil from Libra will result in a staggering 5 billion tons of carbon dioxide being dumped into the atmosphere — roughly equivalent to the United States’ entire annual output.

Libra is just the first “pre-salt” deep-water reserve that Brazil is planning to drill, so-called because it is buried under a mile-thick layer of salt below the ocean.

Such deep-sea deposits would allow Brazil to account for one-third of the growth in global oil supply to 2035, the International Energy Agency said in its 2013 World Energy Outlook, released Tuesday.

The country’s total potential pre-salt reserves are estimated at between 50 billion and 80 billion barrels.

If the higher figure is confirmed, then exploiting it all, Greenpeace Brazil says, would trigger 35 billion tons of carbon pollution — equivalent to one year of current global emissions.

“Climate change is just not a priority. The priority is development,” Andre Nahur, climate change and energy campaigner for the World Wildlife Fund’s Brazil branch, says as he explains the government’s thinking.

Although Nahur and other green activists strongly back poverty reduction, they warn that ramping up climate chaos will actually lead to more misery for the poorest, who tend to live on the most marginal land and have the least resources to adapt to the floods, droughts and crazy weather that it will bring.

Brazil is not alone in working on complex oil and gas projects that will help accelerate the climate crisis.

Argentina, which is thought to possess more shale gas than all of Europe, recently sold rights to its vast Vaca Muerta reserves to Chevron.

Meanwhile, Venezuela, which has the world’s largest oil reserves, is already exploiting its notoriously dirty Orinoco tar sands, estimated to contain around 300 billion barrels of oil — second in size only to Canada’s.

According to Friends of the Earth, extracting and consuming a barrel of tar sands oil emit between three and five times more greenhouse gases than conventional crude.

And Mexico, another major Latin American producer, is on the brink of shaking up its huge oil sector, and potentially increasing its production once again thanks to deep-water and shale reserves.

Latin America’s new fossil-fuel bonanza comes despite attempts in the region to reduce reliance on gas and oil and switch to cleaner forms of energy.

Brazil has spearheaded them, replacing some 40 percent of its national gasoline supply with cleaner-burning ethanol from sugar cane — an achievement that greens claim Libra will undermine.

The boom also flies in the face of arguments, particularly from Ecuador, Venezuela and Bolivia, that the wealthier United States and European countries should shoulder most of the burden of tackling climate change as historically they have been the biggest emitters of greenhouse gases.

Bolivian President Evo Morales has even accused Washington and its allies of triggering global “ecocide,” despite the fact that his impoverished Andean nation’s economy is itself heavily reliant on mining and gas exports.

Meanwhile, in Ecuador a groundbreaking attempt to avoid drilling for oil in Yasuni, a renowned national park in the Amazon, recently fell flat after a half-decade of being championed by green groups around the world.

Ecuador had been trying to raise $3.6 billion from foreign governments as compensation for foregoing the hydrocarbon windfall under Yasuni’s lush forests, home to a staggering array of wildlife as well as some of the last indigenous peoples living a totally traditional lifestyle.

But despite support from the Clinton Initiative, the fundraising nonprofit of former US President Bill Clinton, just $13 million had actually been raised. In October, the Ecuadorean congress approved drilling in Yasuni.

“The government says we need to exploit these reserves because we are a poor country and we need cheap energy, but then it subsidizes fossil fuels,” notes Monica Andrade, the Quito-based Latin America coordinator of the Climate and Development Alliance.

Together, exploiting carbon-intensive reserves in Latin America and around the world will take us past what green groups are calling a climate change “point of no return.”

That grim global prognosis, and the failure of the international community to agree on meaningful cuts in carbon emissions, was underlined earlier this month, when levels of greenhouse gases in the atmosphere hit a new, all-time record.

Unlike the developed world, Latin American countries have never had international legal commitments to reduce their climate change emissions.

That’s because under the 1997 Kyoto Protocol — the only treaty to date to set binding targets on emission reductions — they were all classed as “developing” nations.

Nevertheless, most countries in the region do have official climate change policies, and some even have self-imposed emission reductions targets.

Brazil, for example, has voluntarily committed to curbing its carbon footprint by between 36.1 percent and 38.9 percent by 2020.

But according to Lucia Ortiz, of Brazil’s Friends of the Earth, that pledge is an empty gesture as the proposed reduction uses a theoretical projection of future emissions — rather than its actual carbon footprint — as its baseline.

And Argentina has such great wind power potential that it could meet national demand 50 times over, Juan Carlos Villalonga, leader of Argentina’s incipient Green Party, says despairingly as he discusses the country’s shale projects.

But until oil consumers — and the United States remains easily the biggest — wean themselves onto cleaner forms of energy, including for cars, Latin America will probably continue attempting to extract every last drop from the ground.