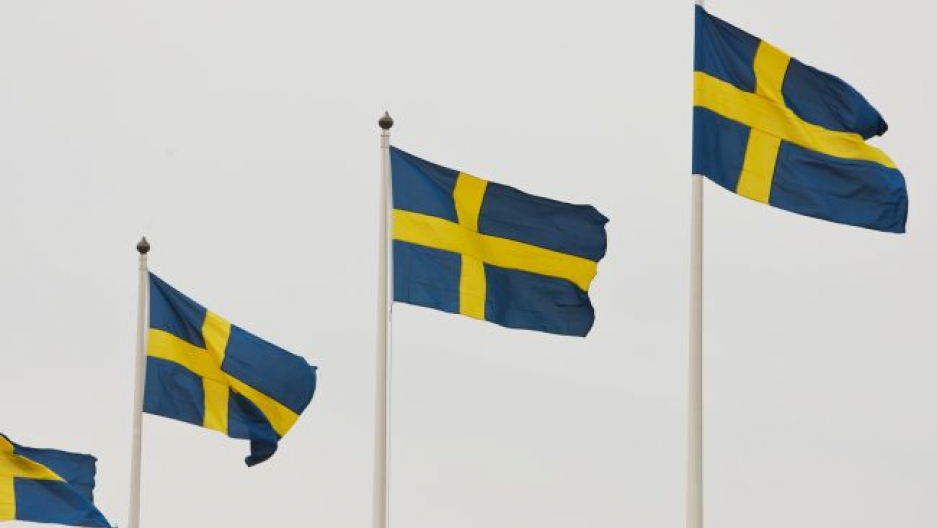 Sweden's flag flies high. Or is it Switzerland's? The two countries have launched a new joint campaign to help Chinese tourists tell the difference between the European nations.
Credit: Ragnar Singsaas
Share

While the mix-up isn't solely a problem for the Chinese, it has become a particular issue for those from the Asian nation because both countries' names are written similarly in Mandarin — Ruidian (Sweden) and Ruishi (Switzerland) — and begin with the same symbol.

In a bid to clear up the confusion, the Swedish and Swiss consulates in Shanghai have launched a competition on the Swedish consulate website that asks the Chinese to come up with funny ways to help people keep the two countries separate, The Telegraph reports.

Organizers are promoting the contest with a humorous logo showing several objects and people associated with Sweden and Switzerland on separate maps of each country.

More from GlobalPost: It's getting ugly in Sofia: Bulgarian students barricade university

Sweden's map includes meatballs, a Viking, Pippi Longstocking, as well as two cartoon men with a heart between them to symbolize gay marriage. Switzerland's map features cheese, fondue, the Alps and a picture of tennis great Roger Federer.

Creative entries to the competition are encouraged and can be submitted as blog posts, cartoons, photos, short films or in any other format.

The submission deemed the best will win a 12-day trip to Sweden and Switzerland. But there's a catch. The winner will be expected to report back everything they've learned about both countries.

Entries will be accepted until Nov. 20.