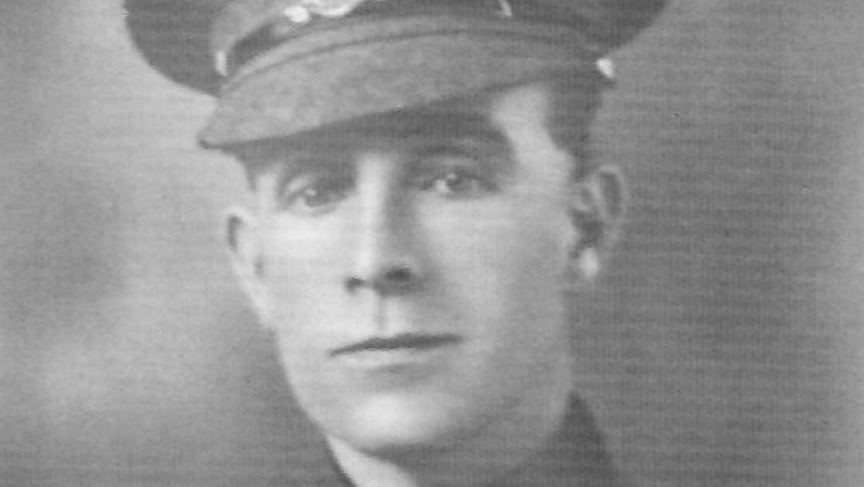 On Veterans Day, we pause to thank those who've served in our military forces. But few of us remember that the actual holiday began as a way to mark the end of World War One, on November 11, 1918.

That's why the date is also remembered in other countries, like Britain and Germany. World War One was called the "war to end all wars." But of course, it didn't.

Adolf Hitler believed it was Providence that led him safely through the Great War, in which he fought for four years as a common soldier.

He had plenty of close shaves, but one incident stuck with him. He was wounded; a British soldier had him in his sights - close enough to make eye contact. But the British soldier lowered his gun. Hitler nodded in gratitude and crawled to safety.

Hitler became convinced the man who spared him was Henry Tandey. Tandey was indeed a gallant soldier. He also served for four years on the western front. He was wounded twice, but returned to duty. He received several medals for courage under fire, including Britain's highest award for gallantry, the Victoria Cross, equivalent to the US Medal of Honor. Tandey is described as the most decorated British enlisted man to have survived the war.

Hitler saw a picture of Tandey in a newspaper after he received the Victoria Cross and decided he was the man who'd spared him. He allegedly cut out and kept the picture for 20 years.

In the 1930s, Italian artist Fortunino Matania painted a picture featuring Tandey carrying a wounded comrade to safety. Hitler heard about it and, through diplomatic channels, obtained a copy of the painting from the headquarters of Britain's "Green Howards" Regiment, which had the original. That was 1937.

In 1938, the British prime minister met with Hitler near Munich to try to head off war. He noticed the picture and asked about it, and Hitler is reported to have said: "That man came so near to killing me that I thought I should never see Germany again. Providence saved me." He asked Chamberlain to pass on his gratitude.

According to the family, Chamberlain did just that, calling Tandey on his return home from Munich.

Tandey accepted the story, since he said he had performed acts like that: "I took aim, but couldn't shoot a wounded man. So I let him go."

He had a code of conduct. He told newspaper reporters later in life that one of his rules was that he would not shoot enemy soldiers who were wounded and out of the fight.

He didn't think much more about the call till World War Two began. He tried to re-enlist, but his age and wounds left him unfit. So instead, he volunteered as a rescue worker during the blitz and served in Coventry, a city that was heavily bombed by Hitler's air force. After that, Tandey was quoted as saying: "If only I had known what he would turn out to be. When I saw all the people, women and children, he had killed and wounded, I was sorry to God I let him go."

However, he probably could have slept easy. Modern research indicates it's almost impossible that Tandey was actually the man that spared Hitler's life. Their respective units were deployed close to each other at least twice during the war: in the fall of 1914, at Ypres in Belgium, and again in September, 1918, near Marcoing, France.  But close examination of their service records makes it highly unlikely that they were ever close enough.

Hitler clearly did have this experience, of being spared by a generous enemy. But it seems he sent his thanks to the wrong man.

Tandey died peacefully in 1977, at age 86.  He was laid to rest at the British military cemetery in Marcoing alongside so many of his comrades, and not far from where he won his Victoria Cross.