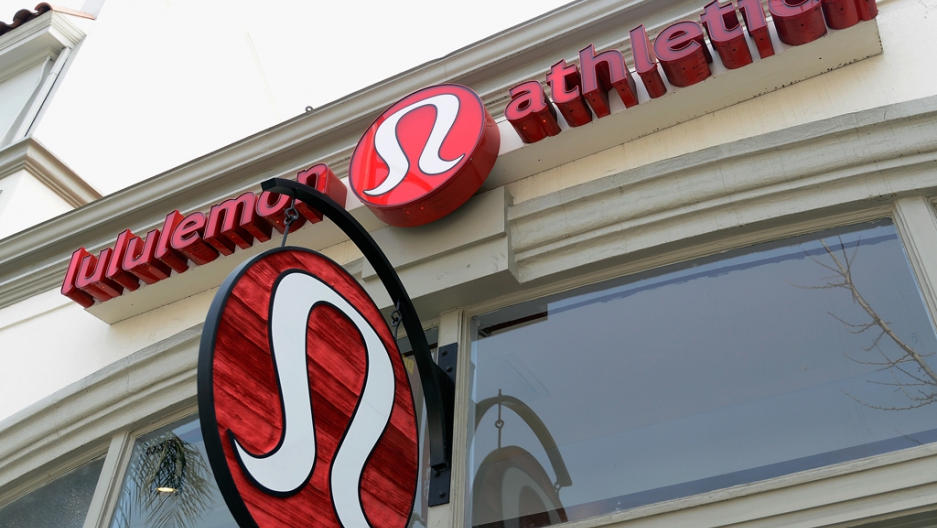 Lululemon Athletica shares fell in 2013 after the retailer removed some of its popular yoga pants from stores for being too sheer.
Credit: Kevork Djansezian
Share

Note to self: never say anything that can be placed into quotation marks.

First on that list should be this: “some women.”

Lululemon founder Chip Wilson is learning that lesson the hard way this week after an interview with Bloomberg TV.

He was there stumping for a new “meditation” method (oops, those quotation marks are my bad) and instead found himself stumbling around dangerous territory.

The Vancouver company pulled nearly 20 percent of its yoga pants from shelves earlier this year after complaints they were see-through and the fabric quickly pills.

“There has always been pilling,” he said. “The thing is that women will wear seatbelts that don’t work or they’ll wear a purse that doesn’t work or, quite frankly, some women’s bodies just don’t work for it.

“Even our small sizes would fit an extra-large, [but] it’s really about the rubbing through the thighs, how much pressure is there … over a period of time, and how much they use it,” he continued.

It’s strange, because he’s married, and should really have seen that coming.

But his wife Shannon, also part of the interview, had her man’s back and suggested women shouldn’t sit on hard surfaces such as concrete if they’re concerned about wearing down the fabric.

Needless to say, customers — current, potential and past — aren’t impressed.

I'm glad I own NOTHING Lululemon nor will I ever! Lululemon founder blames women’s thighs for yoga pant problem http://t.co/9g4snNqKOO

Wearing my @lululemon pants tonight to tennis practice and making sure my thighs rub extra, like they always do. Because I have muscles

Maybe it is womens' problem that #lululemon pants fabric pill. It is also our problem if we spend money on Chip Wilson's products

This comes just as the Wilsons ran afoul of City Hall in Vancouver.

Neighbors complain they shouldn’t have painted a seawall in front of their $35-million home, and municipal officials agreed.

The $7,000 mural, on city property by the way, is being painted to deter graffiti artists from tagging the seawall.

While well-meaning, his use of too much “stylized” writing goes against bylaws because it looks like, well, graffiti.

See, there they are again. Quotation marks ruin everything.