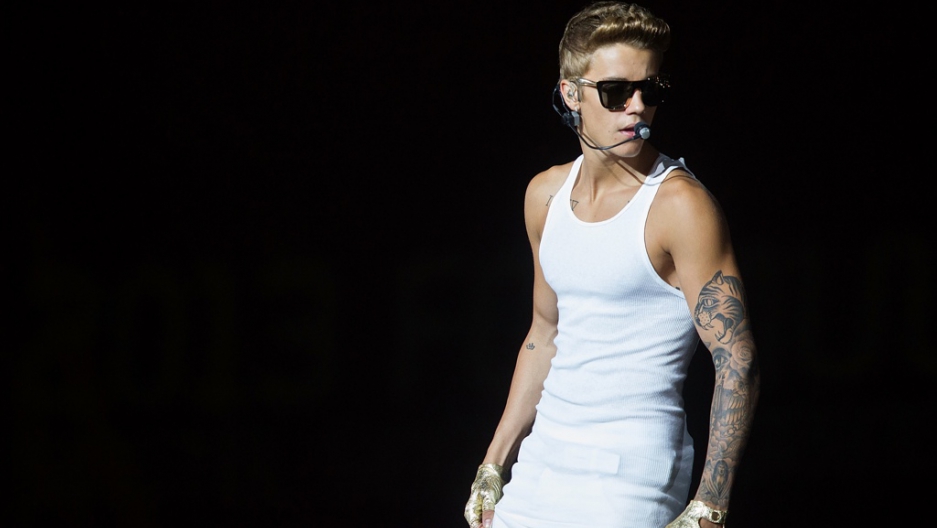 BOGOTA, Colombia — In the good old days, touring rock stars unwound by destroying hotel rooms, consorting with groupies, doping up, and drinking like pirates. Sure, it involved a large dose of illegal behavior, but at least you never saw The Who or Led Zeppelin pay homage to dead rodents.

On Justin Bieber’s controversial Latin American tour, the Canadian teen idol has made post-concert appearances on the back streets of Bogota and Rio de Janeiro as his alter-ego: a hoodie-wearing graffiti artist.

Last week, Bieber was filmed by TV cameras in the wee hours spray-painting a wall near Bogota City Hall with images of a marijuana leaf, the Canadian flag, and the name of his pet hamster, Pac, who apparently died after he donated the rodent to one of his fans.

OK, rather odd — but end of story, right?

It turns out Bieber was escorted on his tagging jaunt by Bogota police, who kept onlookers at arm’s length as he expressed himself with an assortment of aerosol cans.

That caused a huge backlash, because real Bogota graffitists are normally treated like scum. In fact, the city police are being investigated for allegedly killing a graffiti artist in 2011.

“For the thousands of Colombian graffiti artists who have been constantly harassed by the police, or killed as in the case of Diego Felipe Becerra, this was an insult,” wrote columnist Aldo Civico in the Bogota daily El Espectador.

Another reaction came from Colombian political cartoonist Matador in a drawing titled “Third-World Beliebers.” It depicts a homeless person shedding tears of joy after learning that the wall she sleeps against has been adorned by Bieber.

At his next tour stop in Rio de Janeiro, the maker of hits like “Boyfriend” also went on a late-night spray-painting rampage, prompting Brazilian police to charge him with defacing public property.

But he also may have resorted to more traditional rock-star misbehavior.

Tabloids allege the pop singer was spotted exiting a brothel in Rio de Janeiro, covered in a bedsheet bearing a sex den’s logo and in the company of a pair of honky-tonk women.

And now, a YouTube video that’s gone viral purportedly shows Bieber asleep on a pullout couch and a Brazilian woman blowing him a kiss.