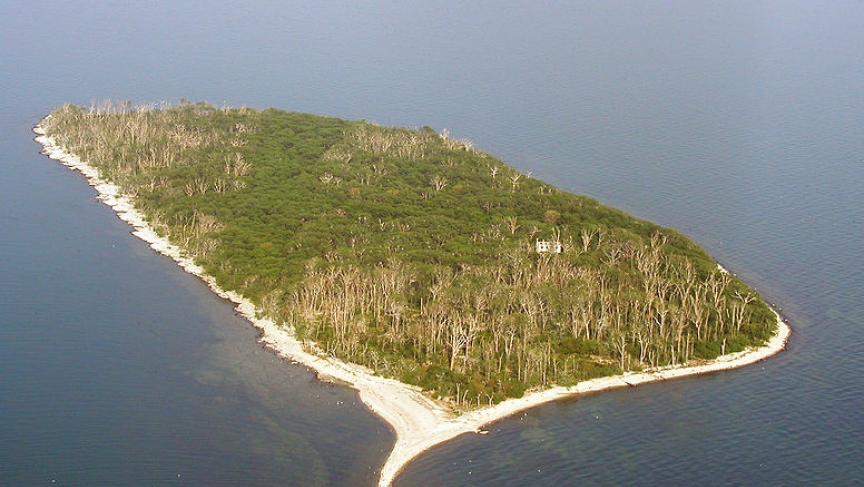 (The following was submitted by listener Ben Leeds Carson, a composer and professor at University of California, Santa Cruz. Get the Geo Quiz texted to your phone and learn how you can submit your own quiz by texting "Geo Quiz" to 69866)

While I was listening to The World recently I remembered a quiz  my father used to give us. Here it is:

Of the following US states: Connecticut,  Nebraska, and California, which ones fall entirely south of Canada’s southernmost border?

Surprisingly, the answer to this Geo Quiz is -- none!  (Note: Geo Text game winners  include Ginger in Freestone, CA, Daniel in Kansas City, KS, Matt in Cimarron Hills CO, and Susan in Birch Island, Maine )

The US border with Canada at its southern-most point in Lake Erie dips just below the 42nd parallel which means it’s just below the northern borders of Connecticut, Nebraska, Nevada, Utah, and California.  In other words, the US border with Canada, when it reaches as far south as it can go, is way down in Lake Erie and although many people think of Lake Erie as being on the northern border of the US, a lot of the United States actually reach north of that point.

The US border with Canada at its southernmost point in Lake Erie dips just below the 42nd parallel, which means it's just below locations in 27 of 50 United States.

Canada’s Middle Island (southernmost point of Middle Island is at a latitude of North 41°40'53") is actually more than a quarter of a degree south of 42nd parallel which places it further south than locations in 27 of the 50 continental United States.

When I was young, my father, who is still a geologist at Whitman College, his research took us all across the United States several times. We crossed both the US and Canada by car nearly a dozen times.

When my father was in the driver’s seat, he paid almost as much attention to the landscape as he did to where we were going, so there were often clever little quizzes that would come out about the Missoula Floods, glaciation, or about the plate tectonics of our continent.

It was almost like we were getting a geology lecture every day in the car. One of the things that a geologists knows about the landscape that many of us don’t when we’re just looking at it superficially is that there are so many layers of time that are evident all in one place and all in one view.

Below is an excerpt of an opera. I’ll leave aside the story for now since it includes "Star Trek," Orpheus, the Underworld, Montana, and just about everything else you can think of.

As you listen to this passage you might hear pizzicato violins, or clarinets, in the foreground reflecting the concerns of people right around them in the moment that they’re living, while all around them there are rupturing punctuations of a trumpet or of a longer chord reflecting eons of time, centuries or decades.