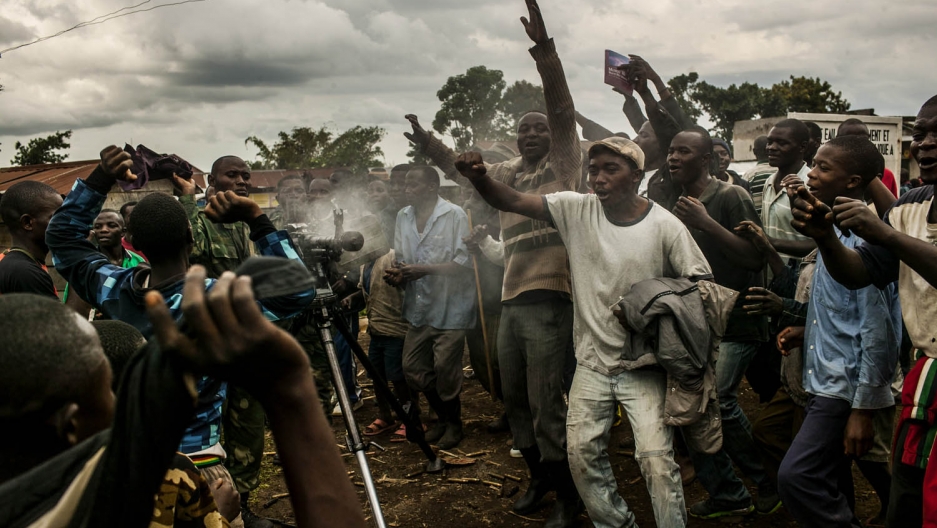 With heavy guns still smoking, residents of the town of Bunagana, celebrate the routing of M-23 rebels by the Congolese army.

Jubilant residents of eastern Congo are pouring into their dusty streets this week.

They're celebrating a decision by the ruthless rebel group known as the M23 to lay down their arms.

Congo's army and rebels had been fighting for more than a year before the government forces soundly defeated the insurgents in their last stronghold.

That's a bit of a surprise for Congolese soldiers, better known for corruption, looting and rape than professionalism.

Muller marched with Congelese soldiers as they launched their final assault on the M23 rebels in a town called Bunagana.

He describes what it was like when the fighting halted in the small border town on Congo's border with Uganda.
"As soon as those last rounds came out of that 50 caliber gun, it was extraordinary.  The civilian population just poured out of the houses where they'd sort of locked themselves inside," Muller says.
He added that the barrel of that machine gun was "still smoking" when hundreds of villagers gathered around it, singing and cheering and welcoming the Congolese forces into the town.
"The previous M23 rebel headquarters had been sort of ransacked and all their paperwork and all this stuff had been strewn about in the main square," Muller says. "It was a very exuberant atmosphere in Bunagana."