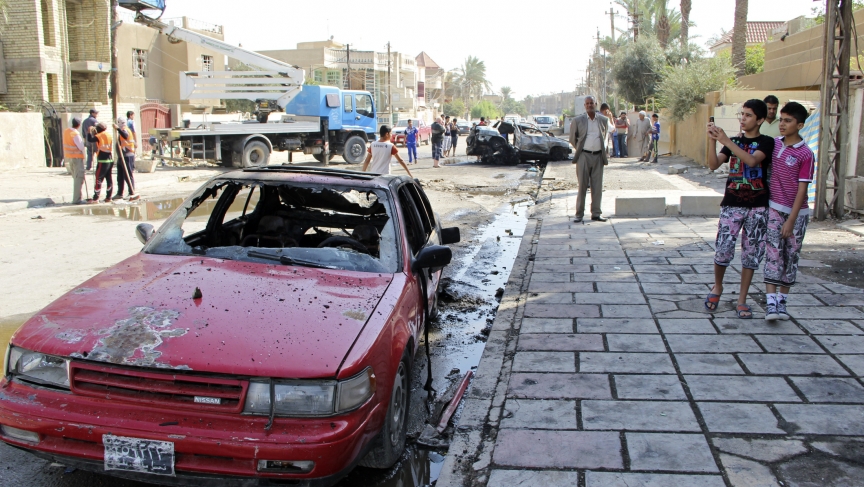 A youth takes pictures with his mobile phone at the site of a car bomb attack in Baghdad, Tuesday. Violence is on the rise in Iraq, but Iraqis also face serious public health issues.

Violence in Iraq has risen to its highest level since 2007, as Shi'ites and Sunnis compete for power. But for Iraqis, their health problems go way beyond bombings and bullets.

Gil Burnham, of the Johns Hopkins School of Public Health, says the conflict is leading to many more "indirect" deaths.

Burnham co-authored a study published earlier this month assessing how many people have died in Iraq over the last 12 years; in other words, since before the US-led invasion.

He estimates the number of overall deaths is about 50% higher than it should be.

There are obvious health issues, like problems with the water supply and sanitation or finding energy and decent shelter. Those are important factors in causing indirect deaths.

But many Iraqis simply do not have access to good health care. Many doctors and nurses have left the country, hospitals have been damaged, and medicines are sometimes in short supply. And sometimes, the general Insecurity makes it impossible to physically get to a doctor.

Burnham has visited Iraq many times for his research and the picture there was not all bleak. "What struck me," he says, "was the high motivation of the people that I met."

"These were very dedicated nurses and doctors who've been through really terrible times — [they] lost family members, had colleagues killed or kidnapped, and yet they've stuck through all of this," he says.