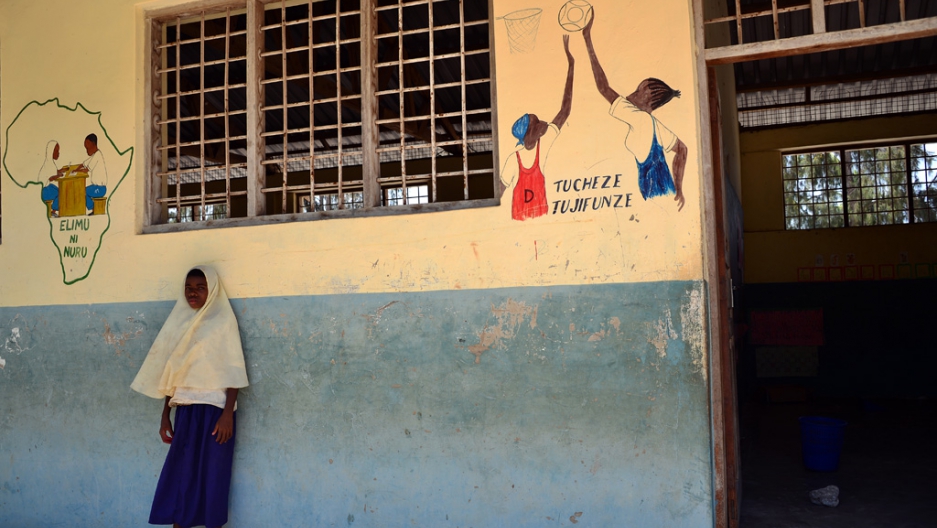 A pupil stands in the courtyard of a school on January 8, 2013 in Zanzibar, Tanzania.
Credit: Gabriel Bouys
Share

DAR ES SALAAM, Tanzania — By almost any measure, job prospects for young people in this East African nation should be bountiful.

Tanzania ranks among the world’s 30 fastest growing economies and spends a higher percentage of its GDP on education than all but 26 others. In theory, this should correspond to the rapid creation of new jobs and an abundance of well-educated young people to fill them.

But Tanzania is facing a youth unemployment crisis rivaled by few other nations in the world. In 2012, Tanzania was home to more unemployed 15 to 24-year-olds per capita than 109 other countries. In a survey by the non-governmental organization Restless Development, out of over 1,000 young people across Tanzania, only 14 percent reported working a formal, wage-earning job.

“Most of the young people we’re meeting … they want to be employed in Dar es Salaam, but the problem is they don’t have the qualifications,” said Nicas Nigumba of Restless Development, which works to help young people find better job opportunities. He says many young women are kept out of school and in the home by tradition, despite their longing for an education and a formal job.

“Often they cannot discuss these things with their parents so they are coming to us,” he said.

The problem is in the numbers: An astonishing 45 percent of Tanzania’s population is under 15, largely the result of high fertility rates and a decrease in child mortality, according to an April report by the World Bank.

“The system of education in Tanzania—it teaches people general things, not skills they need for employment,” said Ally Mawanja, Program Coordinator for Restless Development. “We just give them a degree, but it’s hard to use that degree.”

The result is that better-educated young men and women who migrate here from Kenya or other neighboring countries are filling these skilled jobs.

“There are Kenyans coming to Tanzania and they're getting jobs that Tanzanians should be getting,” said Nigumba.

Women in Tanzania face a host of additional challenges to finding a job, the foremost of which is their severe under-education in comparison with men. Indeed, Tanzania placed second to worst out of 68 countries in the 2013 Global Gender Gap report due to a dramatic discrepancy between boys and girls in educational attainment, among other factors.

The percentage of girls who attend secondary school is decreasing, down to 45 percent in 2009 from 48 percent four years earlier, according to Tanzania’s education ministry.

That Tanzania’s gender divide is as abysmal as its youth unemployment rate is no coincidence: It is largely the result of societal practices that limit girls’ education. Chief among them is the longstanding practice of mandatory pregnancy testing in schools.

The practice dates back to before Tanzania’s 1961 independence, and derives from the cultural notion that unmarried girls should not have sex (though there seems to be little stigma against boys who do). Although there is no law that mandates pregnancy testing, many school administrators mistakenly believe there is, and Tanzania’s government has done little to correct them.

Girls found to be pregnant are sent home to domestic work rather than finishing their education, which often prevents them from finding formal employment in the future.

According to a September report by the New York-based Center for Reproductive Rights, an estimated 55,000 girls were forced out of Tanzanian schools between 2003 and 2011 for being pregnant.

One woman, Hamida, was forced out of school at age 17 because of a positive pregnancy test. She said she has been unsuccessful in finding even unskilled work in a market.

“I would like to be helped to go back to school,” she told researchers, “because life without studying is like ending your opportunities.”

Of the several young women interviewed in the recent survey who had been expelled for pregnancy, not one reported full-time employment.

And when women are able to find employment, many encounter sexual harassment in the workplace.

“There are some old men and teachers who are trying to seduce us; we fail to say no due to fear and envy,” said a woman in the country’s Temeke district on the southern side of Dar Es Salaam in an anonymous testimony collected by Restless Development last year. “At the end we lose our chances to getting education and reaching our goals.”

“Most of us are jobless because we have [refused] to offer sex to get jobs,” said another.

Organizations like Restless Development are providing job skills training to some of Tanzania’s youth, and they are holding discussions with parents and school administrators nationwide in an attempt to end practices like forced pregnancy testing.

Still, these programs are few and far between. More jobs and training will be needed to employ Tanzania’s bulging young generation.