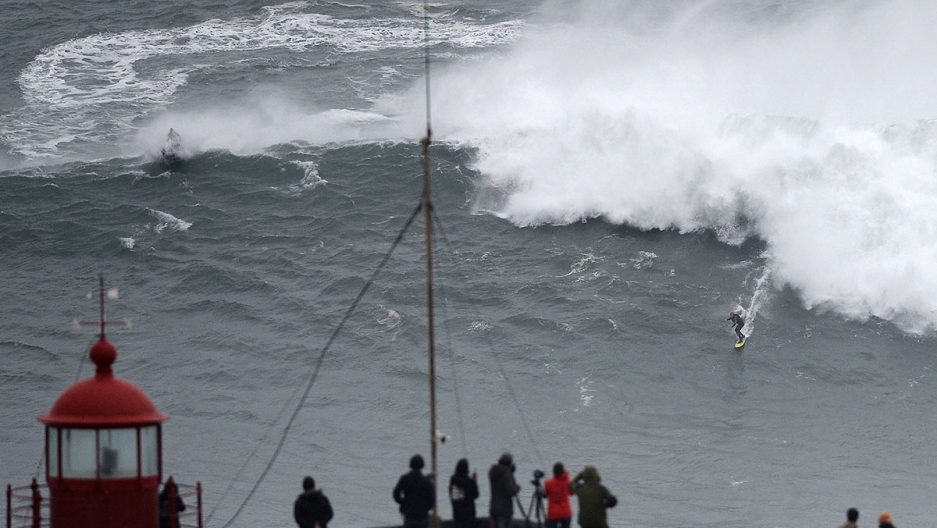 A Brazilian surfer has likely broken a world record for surfing the largest wave ever, after cruising down the side of an enormous swell in Portugal.

Surfer Carlos Burle appears to have conquered a wave that may have measured over 100 feet in height, a product of powerful storms in Europe. If verified, it's the largest wave ever surfed in history.

A number of surfers headed to the popular big wave surf spot of Nazaré as storms pummeled Europe, including Burle and his compatriot Maya Gabeira. The surfers used a jet ski to tow themselves into position to catch the enormous waves that rolled in there.

Burle attributed luck to his record ride, which the Guinness Book of World Records will confirm using video techniques to measure the wave's size, according to Fox News.

Burle may have beaten the record of Hawaii native Garrett McNamara, who surfed a wave measuring around 100 feet at Nazaré in January of this year.

Big-wave surfer Gabeira almost lost her life to the waves after being caught by whitewater and knocked out. She was given CPR on shore and will make a full recovery, writes Surfer Today.