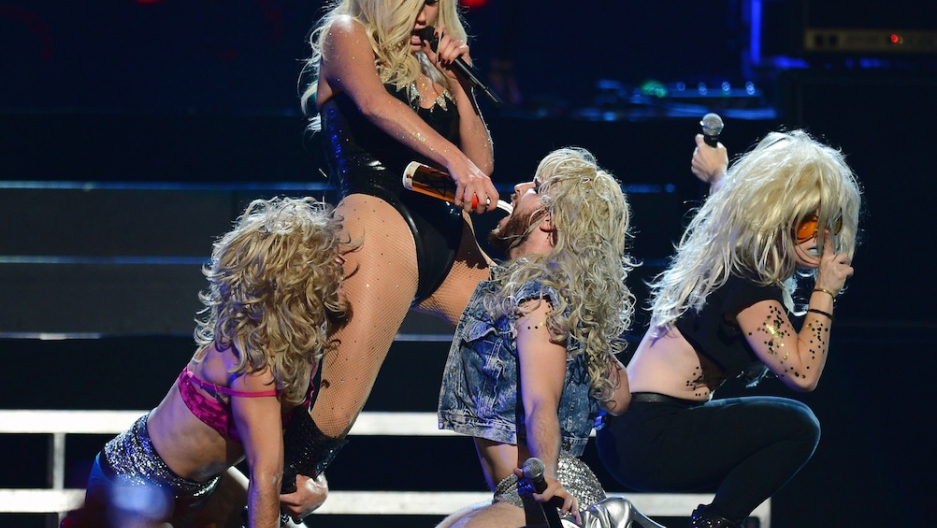 Ke$ha pours whipped cream into a dancer's mouth during a performance at the iHeartRadio Music Festival at the MGM Grand Garden Arena on Sept. 21, 2013 in Las Vegas, Nevada.
Credit: Ethan Miller
Share

Ke$ha has joined a growing list of international performers to have a show canceled in majority-Muslim Malaysia.

The US pop singer was due to perform her Warrior Tour concert at Stadium Negara in Kuala Lumpur on Saturday, but authorities pulled the plug on the event at the “eleventh hour”, concert organizer Livescape said Friday.

Livescape is obviously miffed at the last-minute cancellation, not least because they stand to lose around $350,000 because of the ban. But they also agreed to “modify the show to suit the Malaysian culture and sensitivities” to avoid falling foul of authorities.

But it appears the adjustments didn’t go far enough. The Ministry of Communications and Multimedia released a statement Friday saying it had rejected the application for the show because it touches on … wait for it … “religious sensitivities and cultural values of Malaysians.”

Ke$ha, who has songs referring to sex and alcohol, which are taboo topics for many Malaysians, tweeted that she was threatened with imprisonment if she went ahead with the concert.

to be clear. I did NOT cancel. I was not allowed to play. and then I was going to play anyways and was threatened with imprisonment.

Livescape has promised to refund fans who had purchased tickets. They will also cover their travel costs if they live outside Kuala Lumpur.

“We have been clear that even if you have travelled to KL specially for the concert and have proof of (travel) ticket, we will also refund that," Livescape Public Relations Chief Jason Kong said.

In September, Malaysian authorities cancelled a planned concert by US heavy metal group Lamb of God on the grounds its music was religiously offensive.